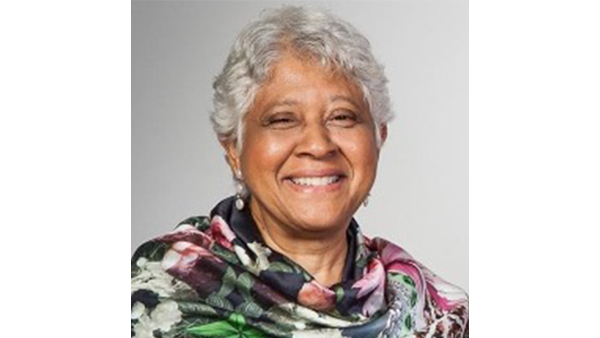 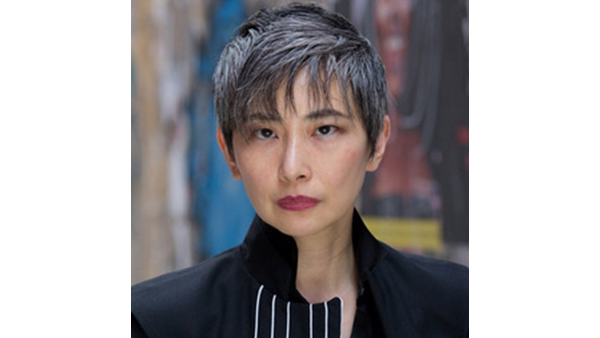 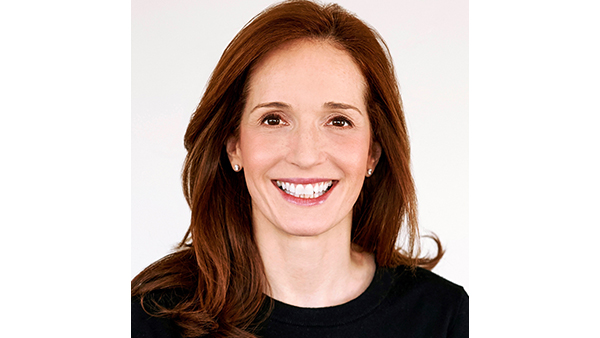 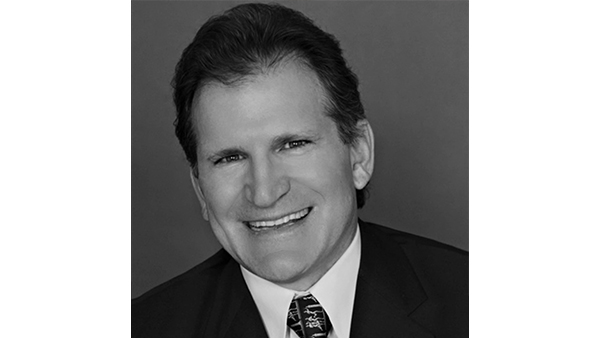 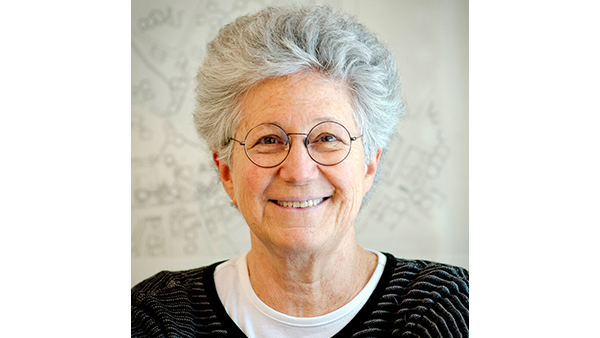 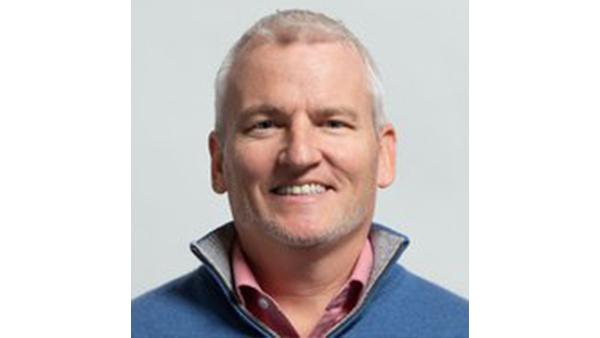 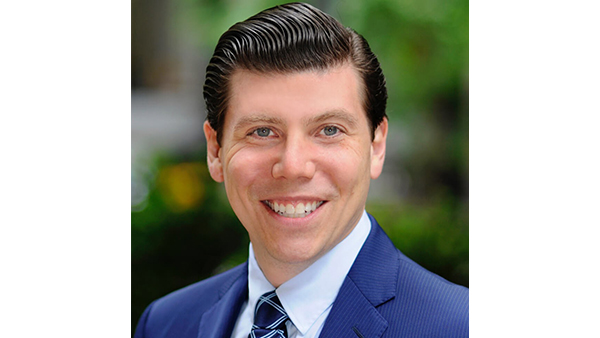 Dr. Beddoe is a gynecologic oncologist, and an Associate Professor in the Department of Obstetrics, Gynecology & Reproductive Science at Mount Sinai Medical Center in NY.  She is a graduate of SUNY Downstate Medical School, where she also did her residency and fellowship training. She obtained her MPH from the NYU School of Global Public Health and currently heads the Division of Global Women’s Health at Mount Sinai Medical Center.

Her global health work spans several low and middle income countries with a focus in Liberia. Dr. Beddoe first visited Liberia in 2008 and has worked extensively since then to improve cancer awareness, reproductive health and health workforce capacity working closely with the Ministry of Health and the JFK Hospital Administration. As one of the founding members of the National Cancer Committee in Liberia, Dr. Beddoe was instrumental in developing the country’s first National Cancer Policy that was validated in 2018. She is a member of the Liberian Cancer Society and an official Advisor to the Ministry of Health Republic of Liberia on Cancer Control and Planning. She is a Commissioner of The Lancet series on Women and Cancer scheduled for release in 2024.

Dr. Beddoe has focused much of her research on health disparities and making reproductive and cancer care accessible. She co-founded the non-profit The Women Global Cancer Initiative whose mission is to improve cancer care for women globally. Her organization has funded multiple cervical cancer screening projects in Liberia, Latin America and the Caribbean. Most recently she spearheaded the implementation of the only pathology lab in Liberia.  Her organization has established a scholarship, the Ranee P. Flynn Scholarship, which supports the training of candidates from low- and middle-income countries in women’s cancer care.  The first recipient of her organization’s scholarship, Dr. Deazee Saywon, is currently in a two-year fellowship program in gynecologic oncology at the Uganda Cancer Institute and is expected to return to Liberia upon completion of his fellowship next year. Her organization has most recently funded a junior researcher from Iran to train in cancer surveillance at the International Agency for Cancer Research (IARC) in Lyons, France beginning January 2022.

Dr. Beddoe is an active speaker at church-based communities in the city, where she advocates for routine cancer screening and early intervention.

Sharon Chang is a future architect and the founder of the Guild of Future Architects. Her work focuses on reframing the relationship between capital, creativity, and impact through masterfully calibrated collaborations.

A philanthropist, entrepreneur and investor in transformational ideas and technologies, Sharon is also trained as an artist, designer, and architect. Early in her career, she developed creative and business expertise at the nexus of Madison Avenue, Hollywood, and Silicon Valley as an award-winning strategic mastermind. After nearly two decades exploring the most consequential intersections of these culture-making forces, she began to pioneer a powerful discipline – future architecture – that designs, translates and manifests the intangible to shape complex cross-sector collaboration. Since 2010, she has been remixing philanthropy, private equity and impact investment, social entrepreneurship, leadership development, design thinking and filmmaking into dynamic new configurations to challenge outdated systems.

As Sharon pursues her own journey toward mastery, her wide-ranging endeavors continue to design and test new systems that govern our everyday activities – the way we eat, shop, travel, learn, work, think, dream and create. From a film that inspires gender equality to a fashion brand that drives conscious consumption; a smart city operating system to a fair-trade apparel factory in West Africa, all her projects confront the status quo and help to make the world more beautiful for more people. By choice she remains an outsider to every industry and strives to be a native to all the communities that she works hard to cultivate.

Margaret Crotty has served in executive leadership roles in both the not-for-profit and private sectors in the areas of education and public health. Prior to joining Partnership with Children, Margaret launched and ran Save the Children’s $2 billion initiative to reduce child mortality in the developing world.

Previously, she was the President and CEO of AFS-USA Intercultural Programs, formerly the American Field Service, which has provided intercultural exchanges for over 300,000 high school students since 1947. Margaret has also served as the executive director of a workforce development agency serving New York City and Washington, DC.

In the private sector, Margaret spent seven years at the global corporation EF Education, the world’s largest privately-held education company, living in Shanghai, Hong Kong, and Paris, first as a member of the founding management team of EF’s online language education business, and later as President of EF’s higher education business. She has also lived in Indonesia on two occasions, working for McKinsey & Co. and for Save the Children.

Margaret graduated with honors from Princeton University in History and African American Studies. She holds an MBA from Harvard Business School and a Master’s of Public Health from the Mailman School at Columbia University. She serves on several health and education boards, including those of Northwell Health, Lenox Hill Hospital, The Open Medical Institute, ACCESSHealth, the Inner-City Scholarship Fund, and Third Street Music School. She is a member of the Seachange Capital Partners board, a member of the Young Presidents Organization (YPO), and the Program Leader for the Emerging Leaders Program, a management and leadership program for young leaders in the social sector.

Gould has founded portablecontainers.net, a company upcycling unused shipping containers into housing, storage, and medical units. With his wife Lenore, they established the 3E Fund to support expression, education, and the environment.

Jeffrey serves on several philanthropic boards including the Federal Drug Agents Foundation, Walt Whitman Birthplace Association, and NYU Board of Trustees. With his family, he has established many College Academic Scholarships, in addition to the Gould Law Library, a Criminal Justice Library, NYU’s Welcome and Alumni Center and College Publishing & Programing Center. Gould is also an advisory member of the Stern Center for Sustainable Business.

Frances Halsband is a founding partner of Kliment Halsband Architects. Her role as lead designer for many of the firm’s university projects and campus plans has been recognized with numerous awards and honors.

Frances is a consensus builder. Her varied roles as a designer, faculty member, and peer reviewer have provided a unique perspective on the many voices that shape planning and design today.

Frances was the first woman president of AIA New York and the Architectural League of New York. She is a former Commissioner of the New York City Landmarks Preservation Commission and has served as an Architectural Advisor to the US Department of State Office of Overseas Building Operations, and the Federal Reserve Bank.

She has served as dean of the School of Architecture at Pratt Institute, and has been visiting professor of design at Harvard, U Penn, UC Berkeley, Rice, U Virginia, U Maryland, and North Carolina State. Frances served as Architect Advisor to the Brown University Corporation, as an architectural review panel member for Harvard University, and architect advisor to Smith College. Her research papers on campus design have been published in The Chronicle of Higher Education and Places Journal.

In 2018, Frances initiated the successful movement to amend the American Institute of Architects Code of Ethics and Professional conduct to state that “members shall not engage in harassment or discrimination in their professional activities on the basis of race religion national origin, age, disability, gender, or sexual orientation.”

Frances received a Bachelor of Arts from Swarthmore College and a Master of Architecture from Columbia University. She was a recipient of the William Kinne Fellowship and a National Merit Scholarship. This June she received an Honorary Doctorate of Design from the New School of Architecture and Design. She is a registered architect in New York, New Jersey, Massachusetts, Maryland, Pennsylvania, and Rhode Island.

Prior to joining Ares in 2019, Mr. Holsinger was a Partner at Fortress Investment Group in the Credit Group, where he served on the Management Committee of Fortress and the Investment Committee for the Credit Funds. He also co-headed Illiquid Credit, which included leading the Direct Lending, Structured Equity, Net Lease, Structured Finance and Energy Groups at Fortress and focused on tactical and opportunistic direct investments across all asset classes, industries, and geographies.

Previously, Mr. Holsinger was a Founding Partner of Atalaya Capital Management, where he co-headed the investment committee. Additionally, Mr. Holsinger held prior positions within financial services at Navigant Consulting, American Commercial Capital (subsequently acquired by Wells Fargo) and Citigroup. He currently serves on a number of corporate boards and advisory groups. Mr. Holsinger is also active in a number of charities, with a particular focus on global health and education, which includes serving on the board of directors of PATH Global Health.

Mr. Holsinger holds a BA from California State Fullerton in Business Management and Administration, with an emphasis in Finance.

Brian A. Levine, MD, is the founding partner and practice director of CCRM New York. He is board-certified in both reproductive endocrinology and infertility, and obstetrics and gynecology. Dr. Levine attended New York University School of Medicine, completed his residency in Obstetrics and Gynecology at NewYork Presbyterian Hospital – Columbia University Medical Center, and then completed his fellowship in reproductive endocrinology and infertility at NewYork Presbyterian Hospital – Weill Cornell Medical College.

Dr. Levine has over 50 publications and was awarded the highest prize by the American Society of Reproductive Medicine for his assisted reproductive technology (ART) video submission on three-dimensional sperm imaging techniques. He has also received multiple honors and teaching awards and continues to mentor students, residents, and fellows on both basic science and clinical research.

In addition to his clinical expertise and ongoing research, Dr. Levine is currently the technology editor of Contemporary OB/GYN magazine and has lectured nationwide on how physicians and laboratory personnel can adopt common technologies to improve clinical efficiency.

In 2017, Dr. Levine was honored with the Doctors of Distinction award in Westchester County, was also named a Rising Star by Super Doctors in 2017 and 2018, a New York Super Doctor in 2019, and a Castle and Connolly “Top Doctor” in 2019.

Laurie Zephyrin, MD, MPH, MBA, is vice president for Advancing Health Equity at the Commonwealth Fund. Dr. Zephyrin has extensive experience leading the vision, design, and delivery of innovative health care models across national health systems. From 2009–2018, she was the first national director of the Reproductive Health Program at the Department of Veterans Affairs, spearheading the strategic vision and leading systems change through the implementation of evidence-based policies and programs to improve the health of women veterans nationwide. In 2016–2017, she served as acting assistant deputy under secretary for Health for Community Care, and later in 2017, as acting deputy under secretary for Health for Community Care.

While directing the VA’s Community Care program, a key component of VA’s high-performance network with an operating budget of over $13 billion, Dr. Zephyrin spearheaded efforts to implement legislation, develop internal governance structures, and address patient outcomes through systemwide optimization of care delivery. As part of the leadership team, she also represented VA before Congress and other internal and external stakeholders.

Dr. Zephyrin is a board-certified clinician. She is a clinical assistant professor of Obstetrics and Gynecology at NYU Langone School of Medicine (2013–present) and was previously an assistant professor at Columbia University, College of Physicians and Surgeons (2007–2012). She earned her MD from the New York University School of Medicine, MBA and MPH from Johns Hopkins University, and BS in Biomedical Sciences from the City College of New York. She completed her residency training at Harvard’s Integrated Residency Program at Brigham and Women’s Hospital and Massachusetts General Hospital.