Moisture-laden and warped driftwood looks out on the Gulf of Guinea from beneath and all around me. We are damp from the morning dew though happy, as the sun in breaking through a fog which had settled along the shore before I woke up. My skin tastes like childhood growing up on an island in Maine; salty, with the breeze blowing briny ringlets into my eyes. Waves crash on the sand as a father runs past in a jogging suit, trailed by his three naked children. The eldest not being more than 6 years, they tumble over one another, weaving with the ebb and flow of the tide. These are the first people I’ve seen on Busua Beach this morning, aside from the silhouette of a fishing boat several hundred meters off shore. In the early morning mist, as I swam alone in silver water, ten figures stroked this boat in unison, guided by one man standing with a long wooden tiller. At that breaking hour, they looked ghosts, rowing back to their phantom land.

This past Friday our cohort had a day off for Eid al-Adha, thus Sabine Bernard (NYC/Haiti-entrepreneur-cook-sensitive-introspective), Fabiana and her Italian family, and I, left the bustling streets of Accra at 5am for a long weekend outside of the city. After several attempts at various bus stops we eventually found one traveling to the Western city of Takoradi. For four hours we were serenaded by a bellicose soap opera until we alighted. From there, we shared a trortro (mini-van type taxi full of people) down a muddy red road to the seaside village of Busua. The moment we reached the beach I dropped my bags and jumped into the sea. The water was colder than I expected, the waves and large swell also initially took me by surprise. I quickly returned to my Maine tutelage however and swam out, circumnavigating a fishing boat 800 meters or so from the beach. After returning to shore, I met several of the surfers that this beach town is known for, young and handsome Ghanaian men who became my surfing buddies. 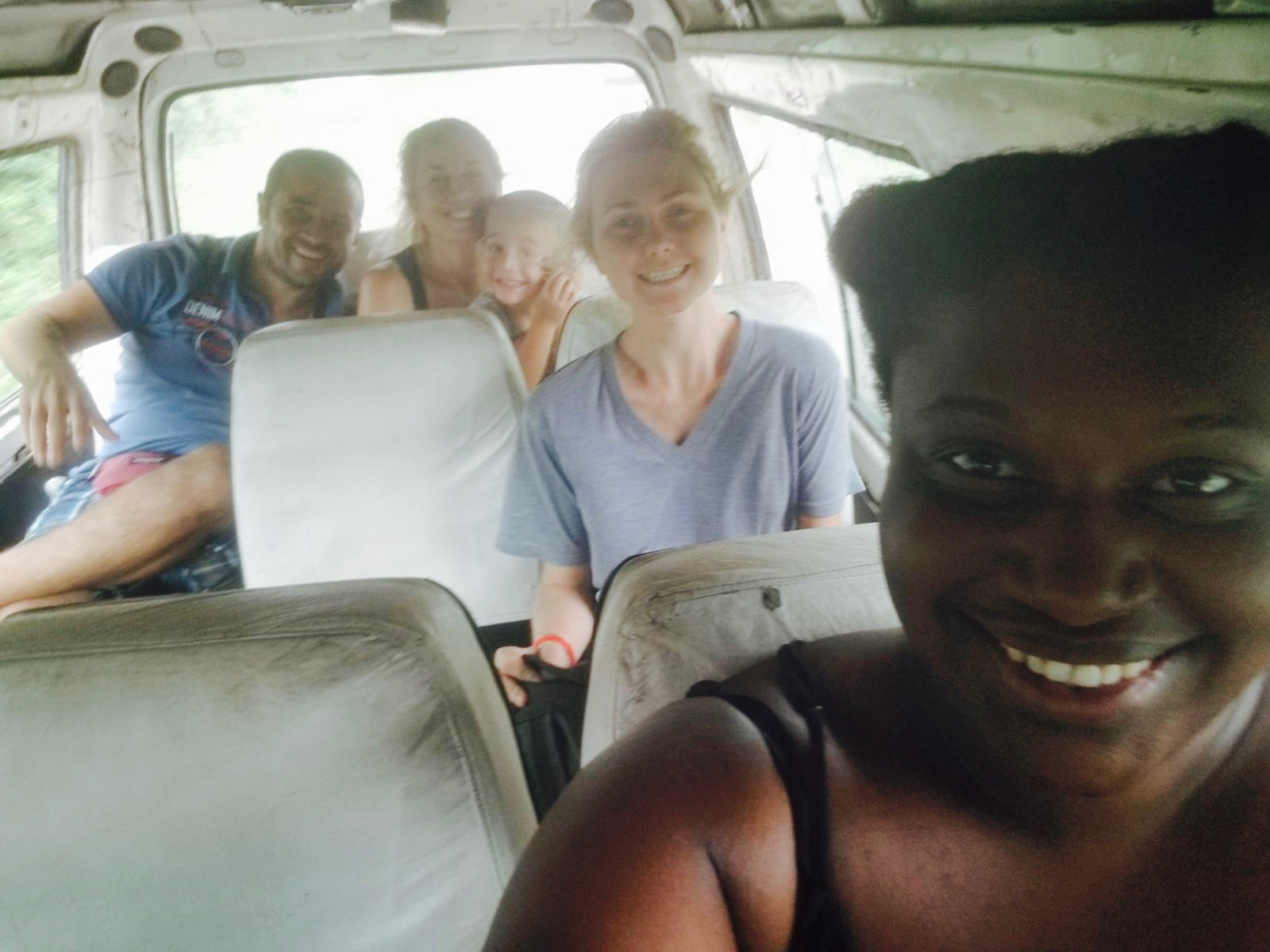 Much more than surfing has happened in the interim since our last posting however. We have now been in classes at the University of Ghana (UG) for two full weeks, taking an intensive course in Research Methods. The class is taught by several different professors (or “Doctors” rather, as a “Professor” in Ghana denotes a higher position of having been published and tenured). These lecture-style classes are drastically different from what most U.S. students would be accustomed to, however we still hear a from our classmates through their questions and comments. In fact, these queries are my favorite part of class, as they lend a regional perspective. For example, one of our classmates, Bartholomew, is going to be researching how familial systems in Ghana play a role in bereavement recovery. Talking with him further about this after class, I learnt a lot about the intricate familial support systems here. Another example would be the work we’ve learned that another one of our classmates, Leon, does with gold miners in the West. Gallemsy is the word for the illegal mining that is occurring in that region of the country, the economic and environmental conditions of which we would likely not know about if it weren’t for Leon’s sharing his experiences with us. 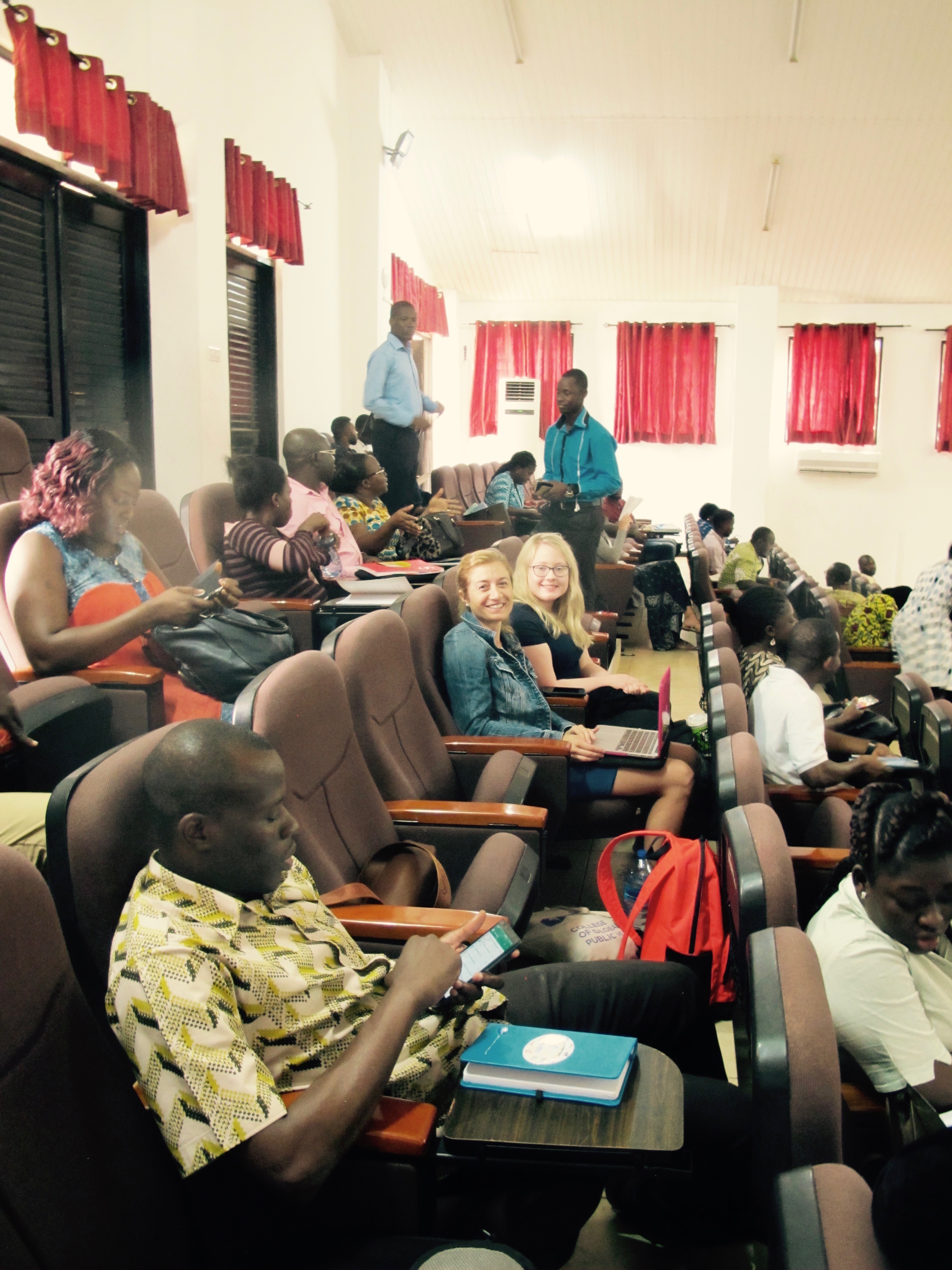 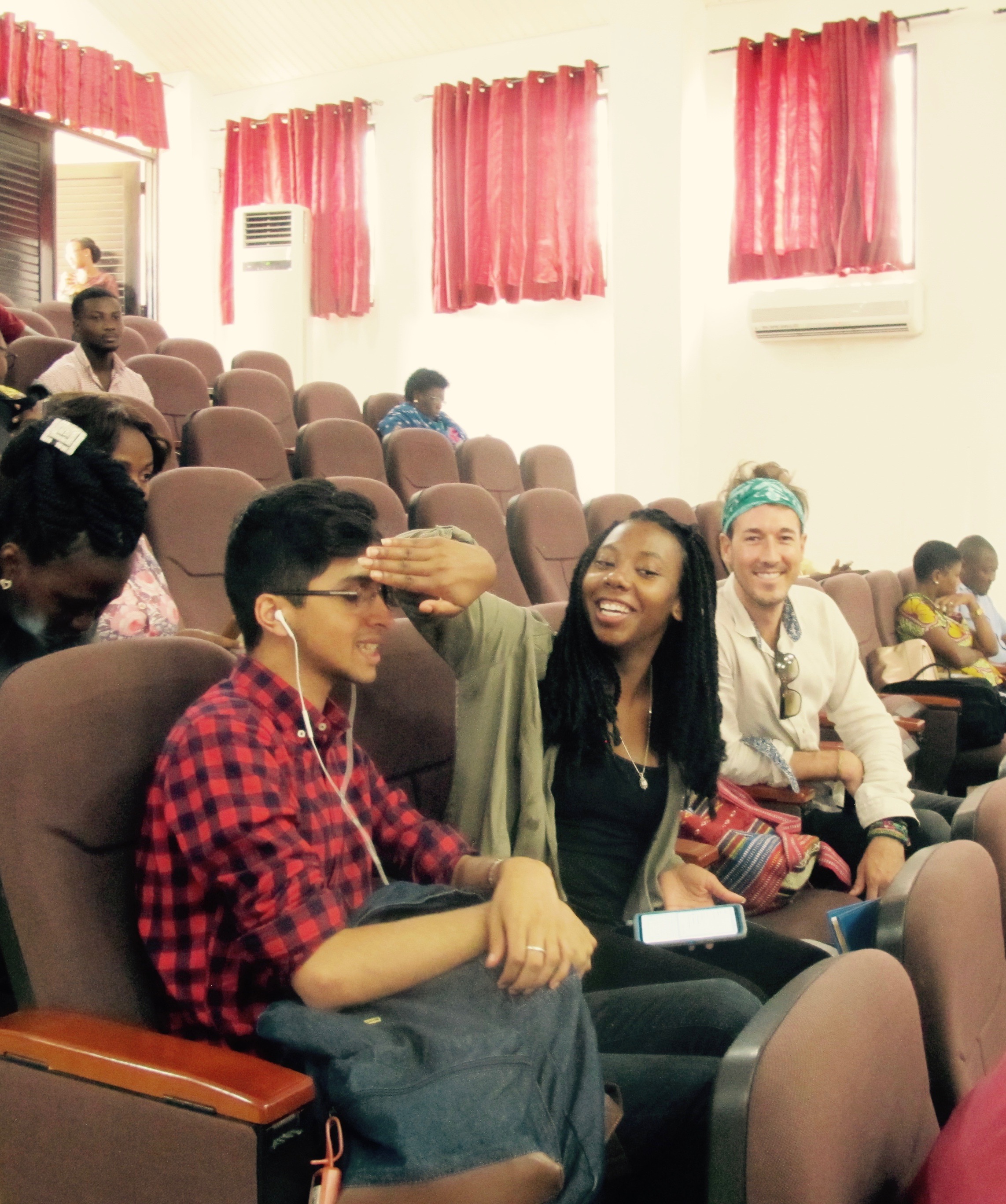 It is fair to claim that our group is also learning a lot about both ourselves and each other while here. Like our classmates at UG, everyone has passions or interests that are slowly surfacing. Perhaps certain aspects of ourselves were less obvious in Washington D.C. because it was slightly more hectic…. For example, everyone knew that Vanessa Adebayo (Maryland-passionate about working with children-stylish- enlivening laugh) attends church each weekend with her family. However, I was amazed by the Sunday sermon she invited us all along to last week. The pastor of the church here in Accra is a friend of her parents’ back home, so I expected a nice mass, but was entirely surprised by the two full bands, a choir, and perhaps one thousand people present for two hours of singing, dancing, and preaching last Sunday. Coming from a background where my mother would take us to silently kneel in Catholic mass, or a Quaker father where Quaker Meeting is akin to a silent meditation, I have never had a more fantastic time at church!

In addition to classes and getting to know more about one another, last week we also gained insights into the public medical system in Ghana. Dr. Sari, surprisingly emerging from hordes of waiting patients as a small blonde woman from New York City, gave us a tour of the emergency ward at the Korle-Bu National Hospital in Accra. Joel will be working with Dr. Sari on stroke victim research during his time here so he helped to set up this tour and a fascinating conversation afterward. We learned how the mechanisms of insurance, government healthcare, staffing, and medical services in general in Ghana are in a state of disarray to say the least…. Dr. Sari came here six years ago to do some consulting work for New York University’s hospital, but has yet to leave. You do not meet a lot of truly selfless people, but Dr. Sari has dedicated her sweat and blood to holding together Korle-Bu, with scotch tape if nothing else is around to suffice! I am looking forward to all of us getting involved in helping in the emergency clinic if and when possible, or merely spending time learning more from this doctor. As a paramedic back in the United States, I am personally hoping to volunteer on weekends. There is a lot do here however, so we will see! 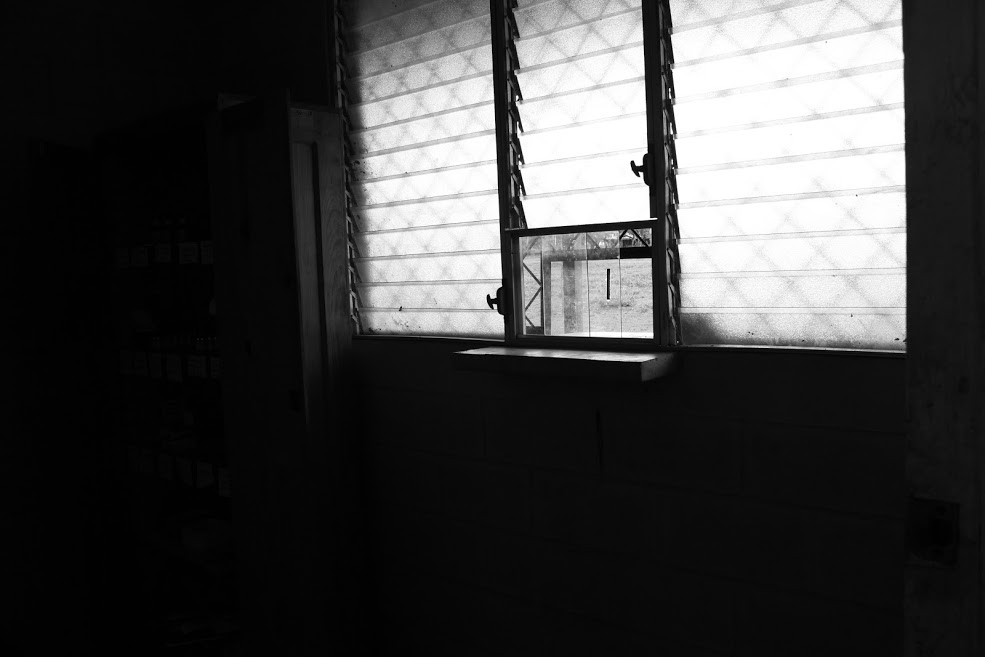 This week we will all begin our various practice work with aid organizations, both local and international. Raging from the United Nations Population Fund (UNFPA), local Ga East and Mairie Stopes NGOs, or the World Food Program (WFP), everyone will be spending two days a week gaining on-site work experience. We will be working on projects ranging from my concentration in food security with WFP (where Fabiana is working as well), to the outreach Vanessa is doing at Impact HUB. Each of our being involved with different organizations is likely to enrich the experiences of one another, as we will be able to share our work experiences as well as attend talks and events hosted at each others sites. 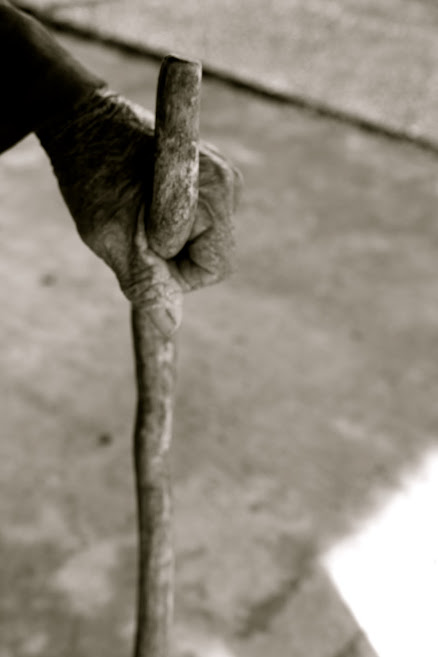 Just last Tuesday in fact, Vanessa invited us to a discussion hosted by an organization she is working with called Impact Hub. Two speakers led this event, focusing on ways to make healthcare more available to the general public. The program was followed by a mixer with other young public health professionals in Accra. Particularly after visiting the Korle-Bu Hospital where we saw first-hand how so many of the health issues facing Ghanaians are readily treatable when caught early, or preventative altogether, to hear about early screening recommendations and technology implementation initiatives was fascinating. For instance, now that the majority of people carry a cell phone, these can be utilized as tools for patients to receive medication reminders or for physicians to remotely diagnose issues via photos. One of the speakers (in photo below) was from the pharmaceutical company Merck, while the the other was from a local organization called eHealth (at left). 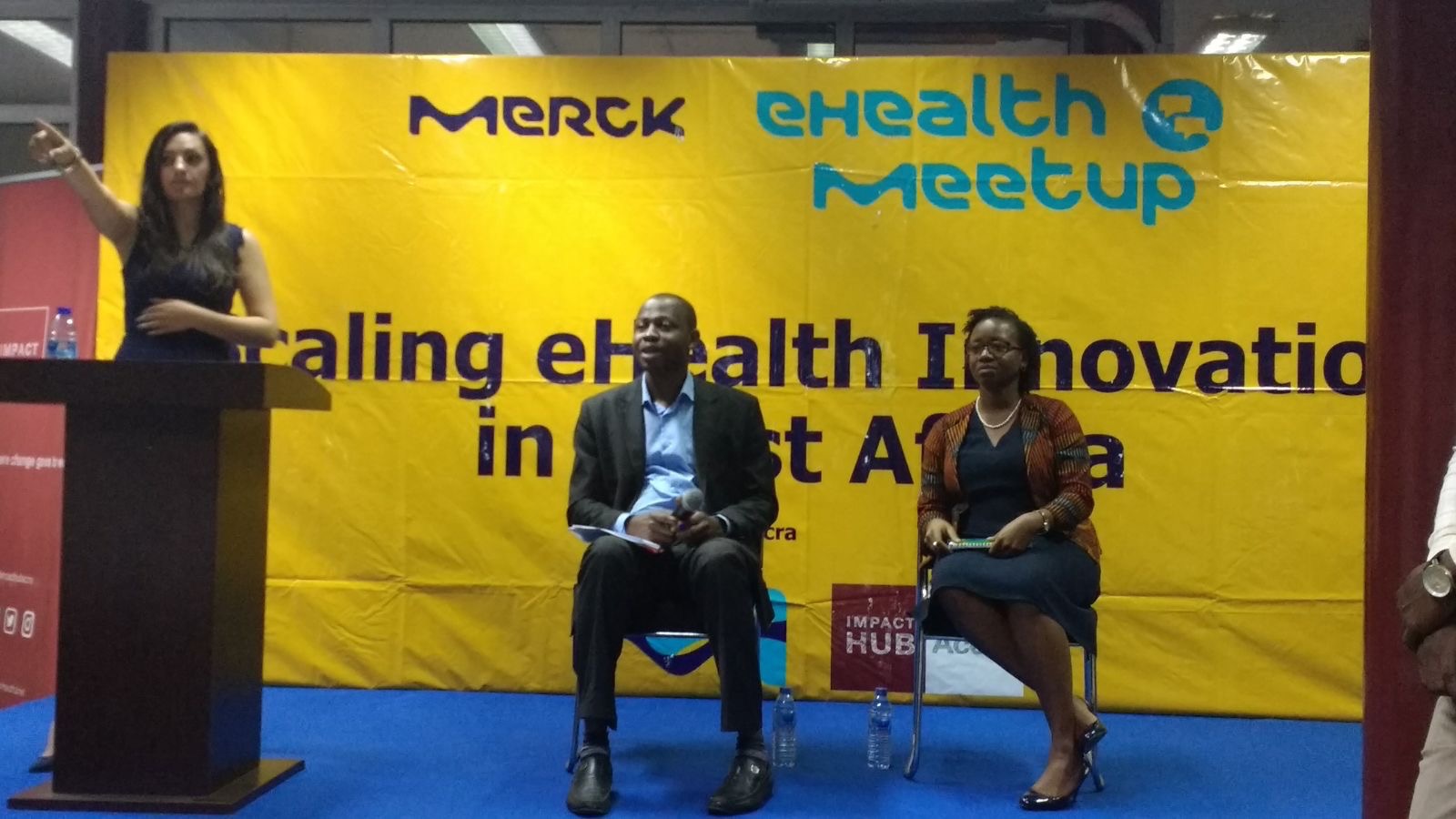 In closing, these have been another eventful two weeks with only more to come with the start of three new classes, our internships, and the inevitable unexpected. . . . For now though the sea isn’t rushing me off anywhere. Thus, I will continue to enjoy my driftwood desk and the monkey sitting beside me while I stoke it’s armpit (photo). 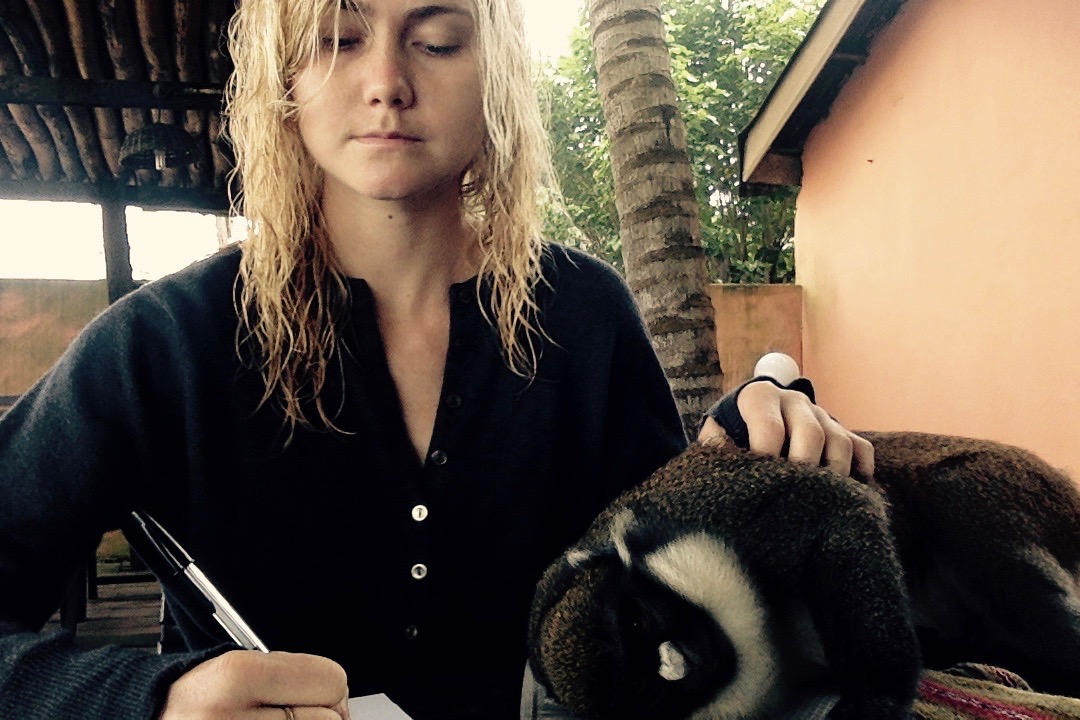