*pronounced: “Chaa-lay" (A common Ghanaian term used in many contexts, usually in place of words such as “dude”, or to addressing another person directly without using their name).

We will enter our sixth week of classes at University of Ghana on Monday, and it is hard to say whether it feels like we’ve just arrived, or been eating roasted plantains from charcoal grills by the roadside for months. Since the last post, we have begun our internship placements as various organizations around the city. Last week we visited the largest electronic waste dumping site in all of Western Africa (see photo of Joel making friends), Wednesday we visited the Marie Stopes International headquarters, and already next weekend we will travel to the nearby city of Cape Coast. There, the group will visit the historical slave castle and partake in a rainforest canopy walk. 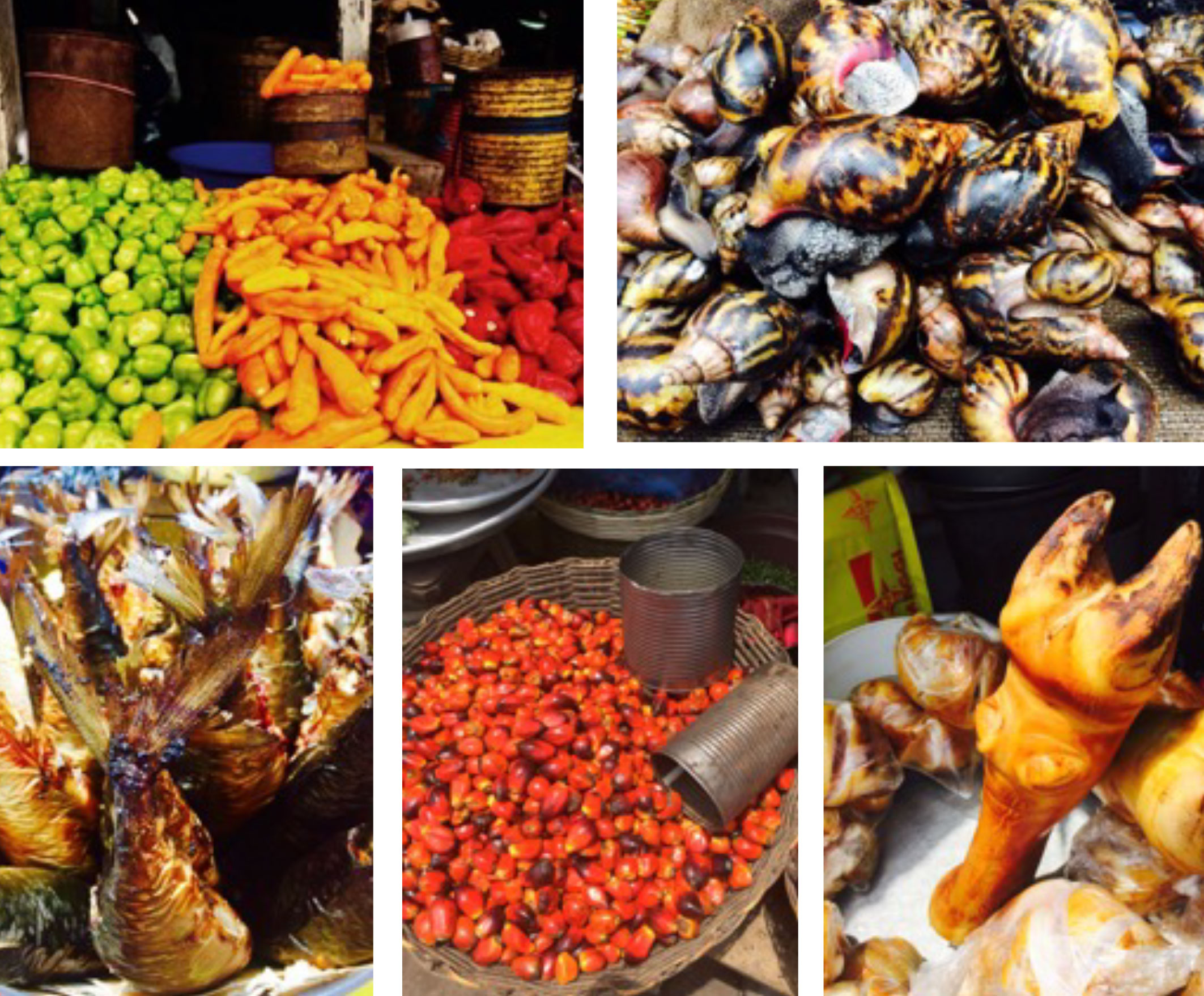 All of these happenings aren’t the true substance of our lives here in Ghana however, at least in my opinion. Accra is a cacophony. The burgeoning summer heat is enveloping. Our friendships with each other and our surrounding communities are growing. . . .  Six weeks have passed and indeed it is fair to say we are fairly established here. 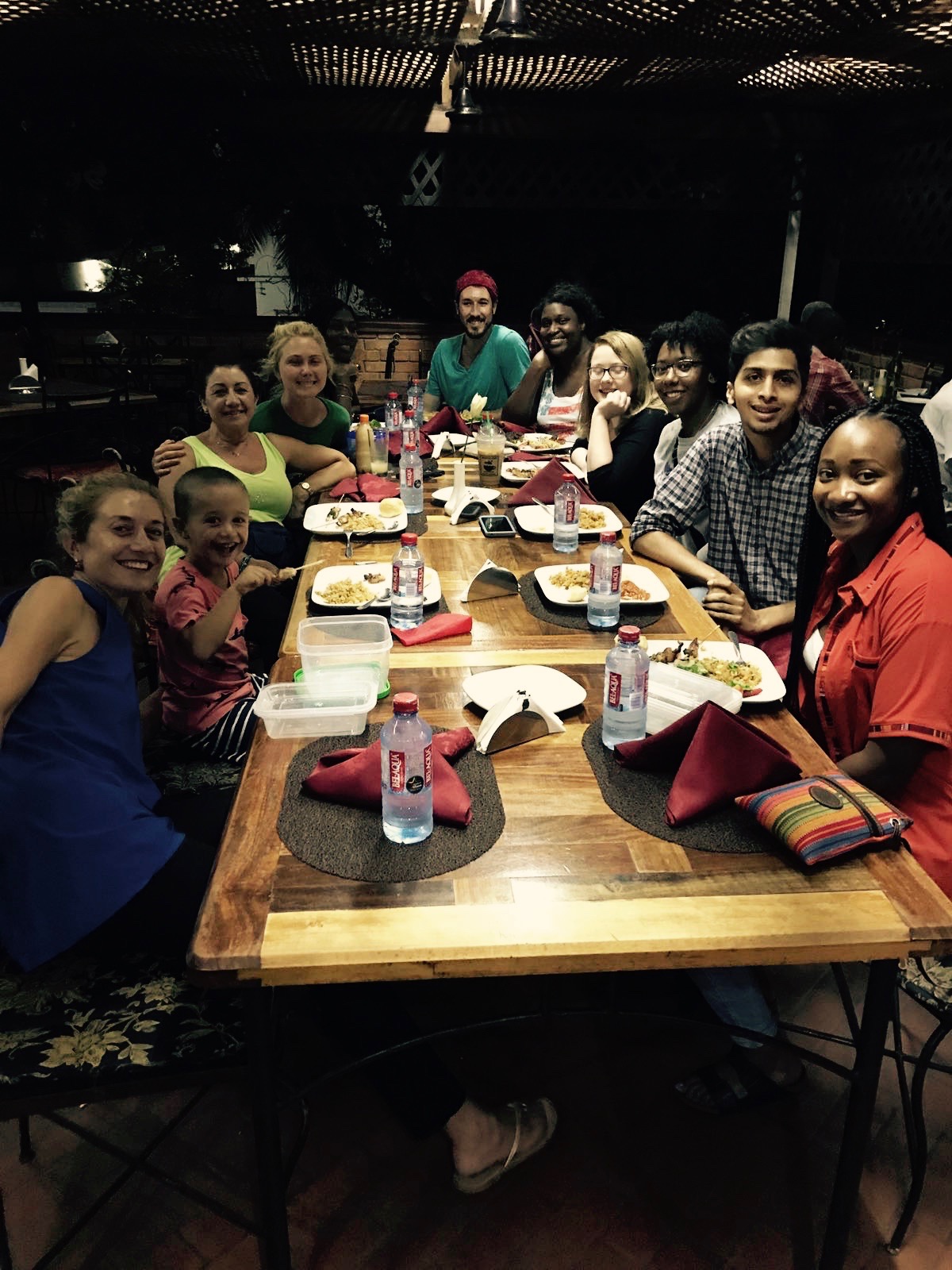 I often walk a dusty twenty-five minutes between our apartments in the neighborhood of Osu to the NYU Accra campus in Cantonments. The taxis in Ghana tend to hail you rather than the other way around, persistently beeping their horn at least five or six times as they pass. Many drivers lean out the window and ask if you would like a lift. I have even had my head tilted back, drinking the last sip from my coconut when a driver pulled within a foot behind me and asked where I wanted to go. . . .  I have learned to laugh as this.

The twenty-five minutes there and then back have also served as a period for me to not only think, but closely consider my role here in Ghana, prompted by beeping taxis of course, and greetings from each person I pass. Many greetings are initiated by a beckoning hiss so I will go to talk with them. This noise still catches me off guard, but is meant well so I don’t mind, and I often make a new acquaintance. However, such attention is a reminder that I am not the average citizen in Accra. We are here as students, at the beginning of careers in public health, and for many, working for aid organizations for the first time.

Visiting sites every other Wednesday has been a fantastic way to experience parts of Accra we perhaps would not otherwise see, and be inspired to think about the complexities here that we perhaps would not otherwise be confronted with. Since seeing the electronic waste sight I have thought a lot about who is benefiting the most from the way the international humanitarian aid system is set up. To me, the mountains of trash that are a result of globalization, left to be burnt, recycled, and sold by those in the slums we visited, represents a sort of western dumping which troubles me. 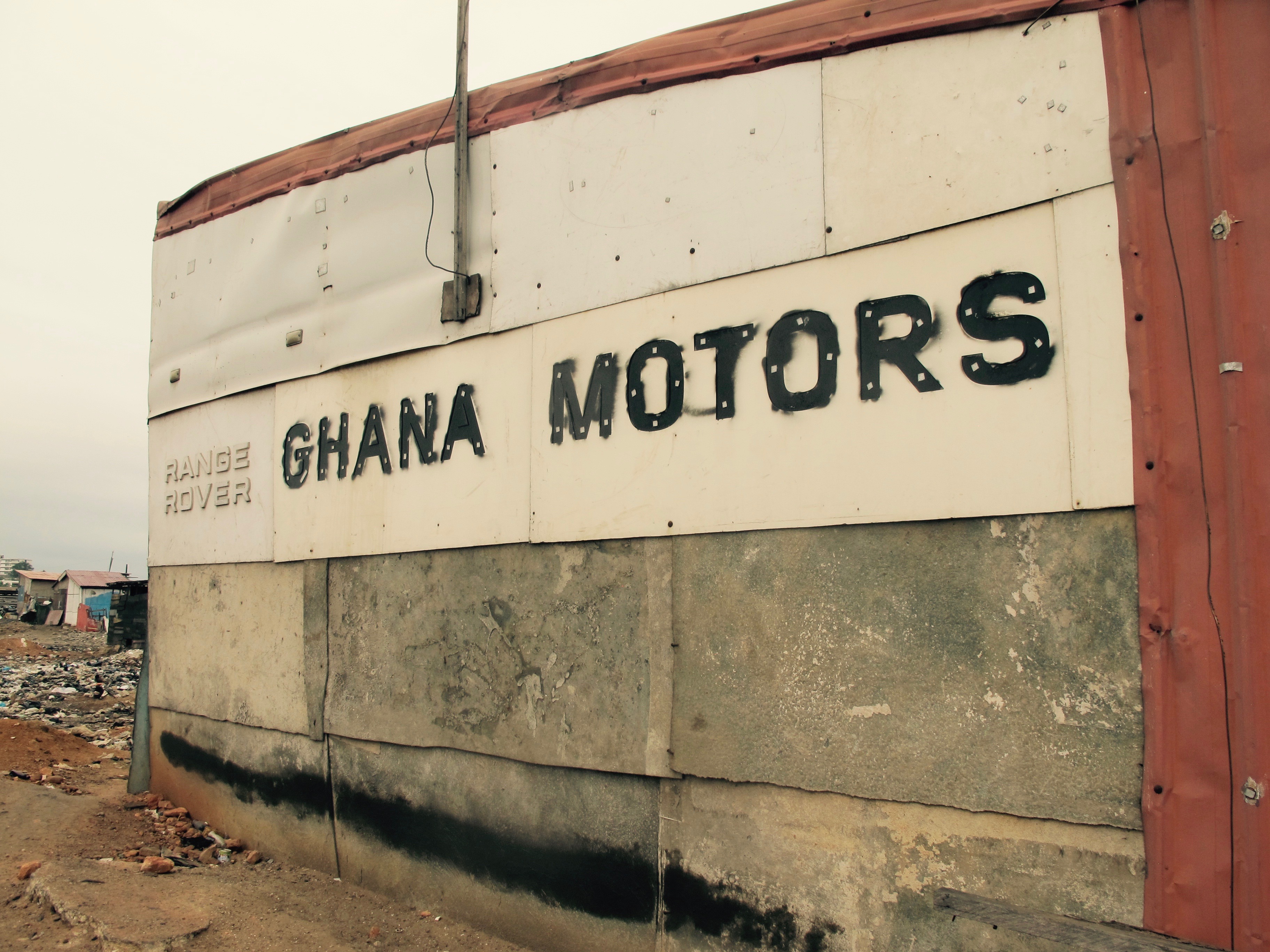 I would like to think of our careers as public health professionals to be for the purpose of helping others, but in reflecting on the current global system and how so many are left behind despite the presence of humanitarian assistance programs, I must ask whether these programs are not somewhat flawed in their approach (not all of course).  The presence of NGOs and government funded aid organizations here is prolific, and having been here for so long, I question whether there is not something to be done to expedite the process of helping and then leaving Ghana to thrive independently. The man Joel is embracing in the photo above has come from the North to work in the city because there is nothing for him to do in his home village to make money. However, there is little for him to do in Accra either. As a result, his employment is to melt scrap for copper which can be sold. With no mask, flip flops, and a son at the age of 19, his situation like so many others requires expedient change.

Charity is not meant to be an industry, however it certainly seems to be sustained like one. In places like Ghana, the 19 year old in the electronic waste site is one of thousands of subjects to this industry, more or less kept in his current state. His progress out of poverty would mean needing to stop receiving charitable donations of t-shirts and subsidized food, but to be a tailor and make his own t-shirts, or a farmer and grow his own food. As I have come to see it in these six weeks, the sort of paternalism enacted by humanitarian agencies can be paralyzing for such people rather than encouraging. 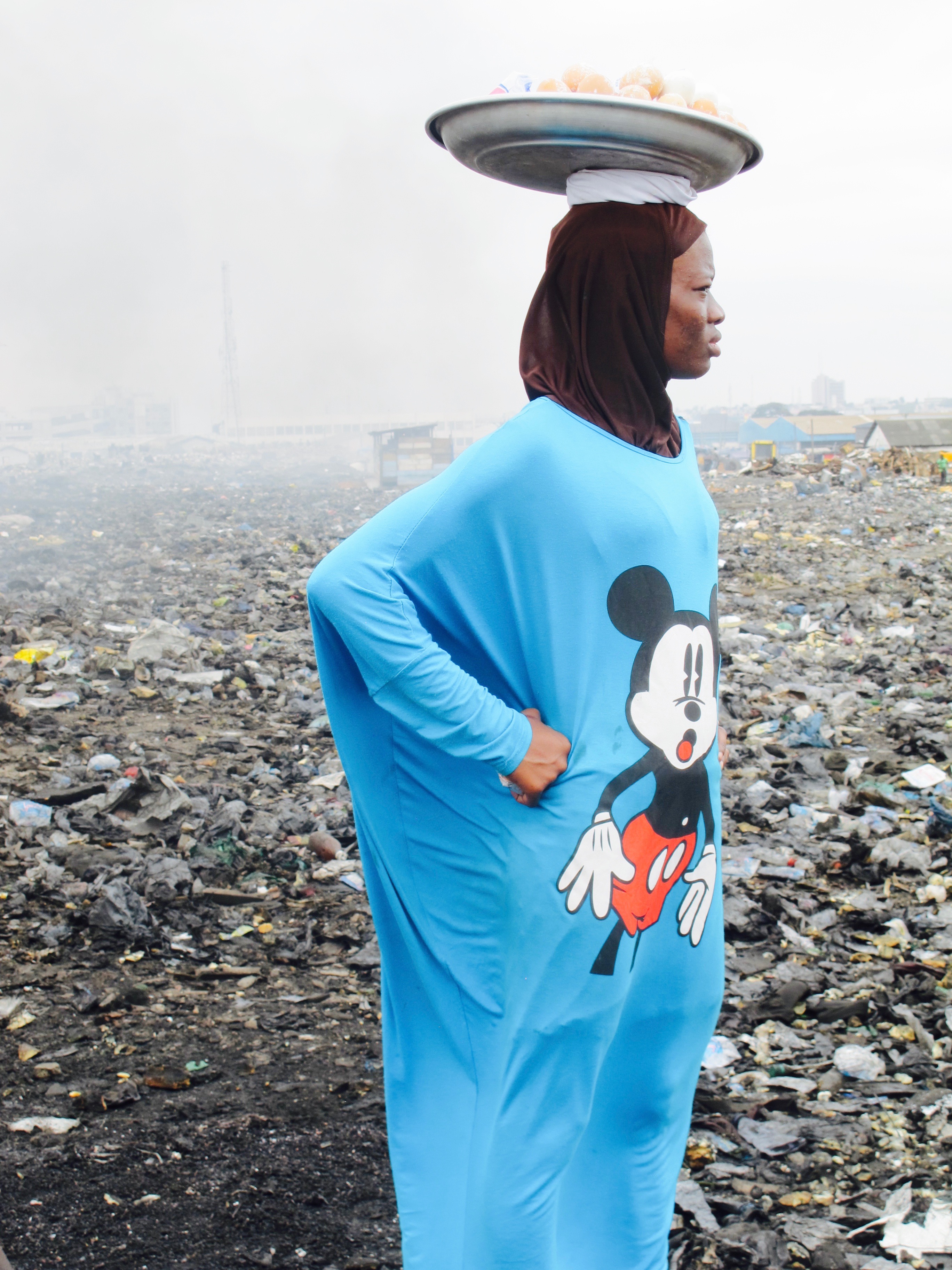 I thus entered my internship at the World Food Program (WFP) last week with a skeptical opinion of how much positive change the organization was actually making. To my relief I found that the project I at least will be working on for the next several months is addressing the nature of my concerns regarding supporting versus subsidizing growth in Ghana. In essence, the branch of WFP that I will be working for also acknowledges that the nutritional system in Ghana is unbalanced. Small-scale farmers need to be backed humanitarian organizations in Ghana, both governmental and private. Fortunately, such institutions are increasing their procurement of foods from local farmers to provide during initiatives. In turn, this will boost national food security and address the plight of hunger.

Anyway, as I write this it is absolutely pouring rain, warping stray party hats and streamers that eluded being tidied last night. It was Founders Day yesterday, the birthday of Kwame Nkrumah, who was Ghana’s first leader after the country gained independence from the British in 1957 (at which time the Ghana also changed its name from the Gold Coast). Notably, it was also the birthday of Ashlyn Pinkins last week (Proudly from Louisiana-impressively strong-numbers wiz-humbly though-and wonderfully close to her family) We celebrated her 22nd with a surprise Mexican-themed dinner by the pool. It was really a joy to see this, as all of us have settled into roles within our small community- Joel made margaritas, Sabine and I cooked, Vanessa took lots of photos for various forms of social media, and even Fabiana came over from her apartment with little Dany. . . .

Thus, Chale, all is well today in the hot Ghanaian rain, chale! (See translation at top of post).