Dr. Bernadette Boden-Albala, accompanied by NYU doctoral candidate, Temitope Ojo, spent this past week instructing us in an intensive Behavioral Communications course. Sharon Roberts was also here for the first several days their trip, orienting the class to our next leg of this year’s journey- either to Abu Dhabi, UAE, or Florence, Italy. The Behavioral Communications course taught by Dr. Boden-Albala was the single most enriching week I have experienced throughout our program, well-worth the intense schedule of nine to five class and preparation each evening for the following day. The course focused on disaster response through the lens of systems theory, employing us to draw theoretical systems diagrams, outline social network theory, and grabble in four teams with an assigned outbreak dilemma.

Valerie and I were charged with preparing the theoretical mitigation of a Cholera outbreak in the small West African nation of Burkina Faso. We learned through our course that to adequately address such an outbreak we must aim to understand not only best disease-specific response practices, but the cultural context in which we would be working. Having lived in Ghana for several months, and Burkina Faso being just to the North of us, there are several cultural considerations that I believe our experience here made us more attune to. For example, religion plays a major role in the lives of many local West Africans and therefore effectively disseminating information is different here. In the United States for example, where Church and State are separate, and would share information through a mainstream body such as the newspaper or radio. Rather, based on our experience in Ghana, we were able to put forth a proposal that incorporated the Church into our proposed Cholera-control messaging. 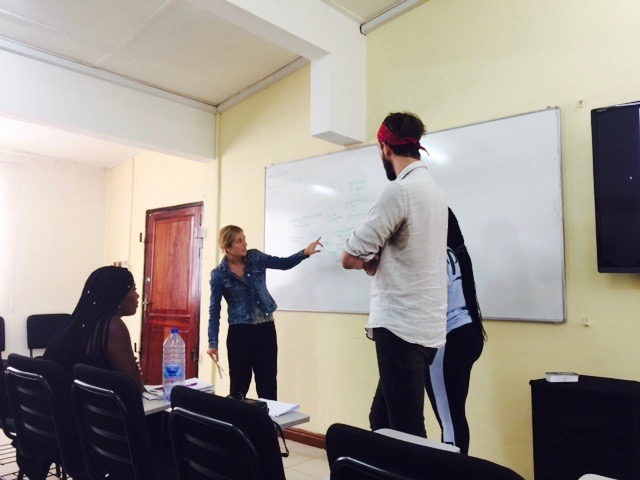 Photo: Fabiana, Ashlyn, and Joel giving their presentation in class at NYU Accra.

The cumulative final assignment for this course is the development of implementable communications strategies that address the four theoretical disease outbreaks our class was assigned. In addition to Valerie and my Cholera scheme, Vanessa and Sabine were assigned to tackle Measles, Brooke and Kyoko were assigned to Zika Virus, while Fabiana and Ashlyn were given the burden of mitigating Polio. Each group is now responsible for developing and proposing final interventions, as if presenting to an official government body or donor. In doing so, we will design a detailed systems approach that considers who would coordinate said response, justifications for the response based on the social foundations being worked with, whether the communications will employ gain-frame or loss-frame strategies, and of course be economically feasible. Considering some members of the class are interested in this field of emergency response as a future career, the course was certainly a valuable experience.

In addition to daily lectures and constructive conversation with Dr. Boden-Albala and Temi, we were lucky to have four guest speakers come to talk to us. Dr. Kodjo Senna, a medical anthropologist from the University of Ghana, spoke with us for three hours on Monday about the toilet crisis in Ghana. . . . Or lack there of. Water and sanitation here is a known problem to us by now, but Dr. Senna shared a life’s-worth of insights into the anthropology, political ecology, and potential solutions surrounding this issue in Ghana. On Wednesday, Dr. Geeta Sharma of the United Nations and Dr Charity Nikoi of UNICEF came to speak with us about publicly communicating Zika Virus in India and Cholera in Ghana, respectively. Both Dr. Sharma and Dr. Nikoi focused their discussion on how to best articulate messaging for a disease, such that the public can be both informed and able to respond proactively. Lastly, on Thursday we were joined by NYU’s own Dr. Sari Soghoaign who has worked as the head of the Emergency Response Unit at Korle-Bu hospital, Accra, for over six years. 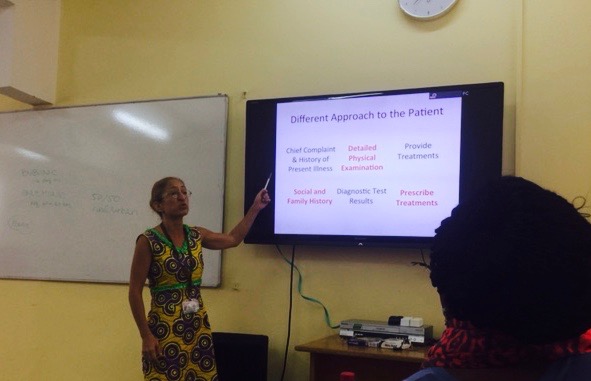 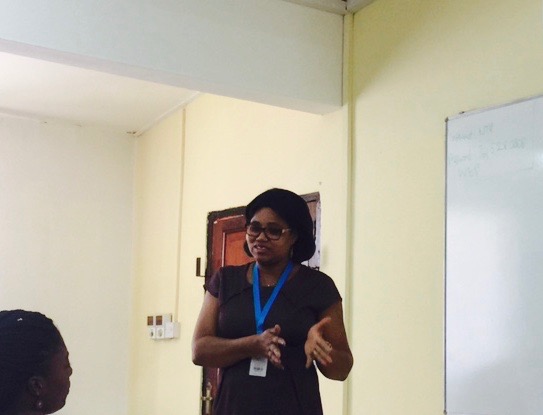 As readers may remember, Dr. Soghoaign introduced us to the emergency response system in Ghana when we went on a tour of the Korle-Bu hospital at the beginning of the term. Therefore is was great to see her again, and productive to build upon our prior knowledge. This time she shared several discerning yet alarming accounts from her work, leading me to come away yet again with the impression of having been in the presence of one of the most selfless people I have ever met. For example, because our class was focused on emergency response, she chose to talk about the situation in Ghana during the Ebola outbreak several years ago. Though Ghana never experiences any cases of Ebola during that period, the nation of course was in a state of heightened alarm and attempted to be as prepared as possible, should cases present. However, Dr. Soghoaign admitted to us that she ended up spending two straight weeks within the confines of her ward at the hospital because she took it upon herself to respond to ALL suspected Ebola cases. The other staff would call her, keeping a distance of three feet from suspect patients until Dr. Soghoaign confirmed their state of health. Therein, not only did she risk her own contamination, but solicitously quelled the fears of her colleagues. I could continue to share more of her stories here, but will end by merely saying that all of the speakers we heard from were incredibly insightful and a joy to learn from.

So now we enter Week Eleven, and it goes without saying that to already be within the last week of formal classes at the University of Ghana has come as a surprise to all of us. There will be several more weeks to prepare for our final exams (referred to as the “reading period”), but the first of our final exams will already have passed within a month. Thus, it is essential now to soak up all we can of Ghana’s Afro-Beat, heat, humidity, color, and time as a complete cohort before diverging to Europe and the Middle East. I know that I for one will greatly miss the organization I have come to work very closely with. However, after leaving Ghana that I will indubitably have to come back to check on UPCO’s rooftop gardens! 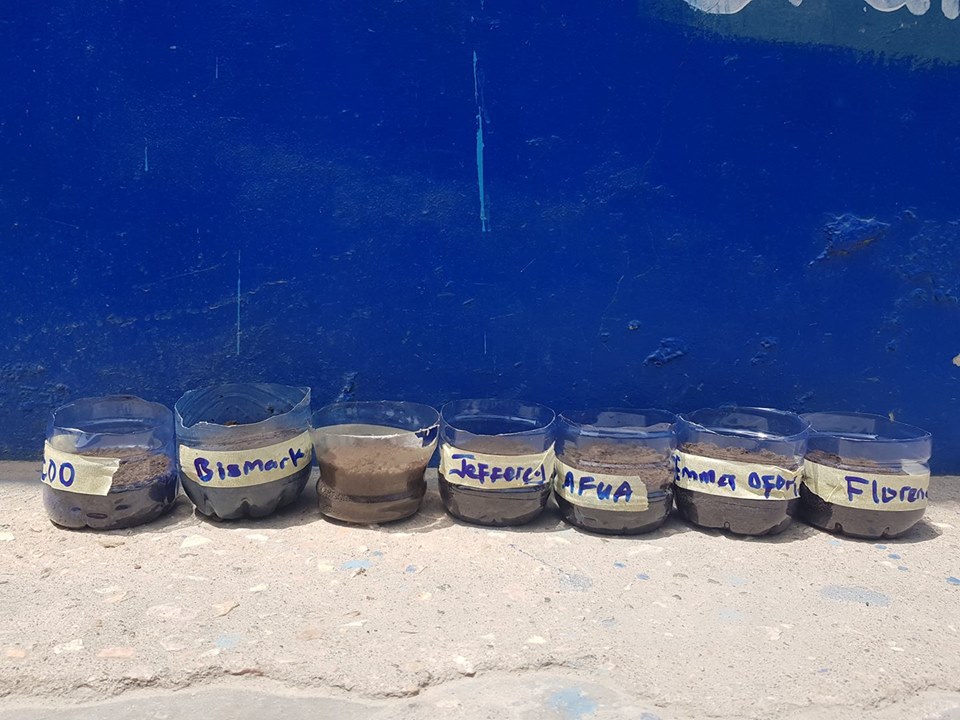