Israel is known as the “start-up nation” for its proliferation of high-tech ventures and its rapid adoption of new technologies, as well as being the archaeological, historical, and religious lodestone to the three major religions of Christianity, Judaism, and Islam.  Dr. David Abramson led a J-term course in which students experienced both of these extremes: they attended a two-day international research conference in Tel Aviv and visited the ancient cities of Jerusalem, Jaffa, Haifa, Caesarea, Nazareth, and Tiberias.

In Tel Aviv the students observed a national earthquake drill and toured Israel’s WHO-certified emergency field hospital. It’s one of only two pop-up fully self-sufficient hospitals in the world that can turn into a 110-bed facility with operating room theaters and full diagnostics anywhere in the world within 48 hours.

One day was spent in a “blended class” with international MPH students at Tel Aviv University’s Emergency Management program, running a tabletop exercise focused on managing the political and public health consequences of a novel coronavirus that emerged from China (the very same day that China announced its first cases).

In addition to the class, Dr. Abramson delivered a plenary “TED-style” address at the 6th International Conference on Healthcare System Preparedness and Response to Emergencies & Disasters.  His talk focused on the long-term recovery trajectories of populations exposed to disasters. And as shown in the photo below, there was even time for an impromptu class along the Mediterranean in an ancient Roman amphitheater! 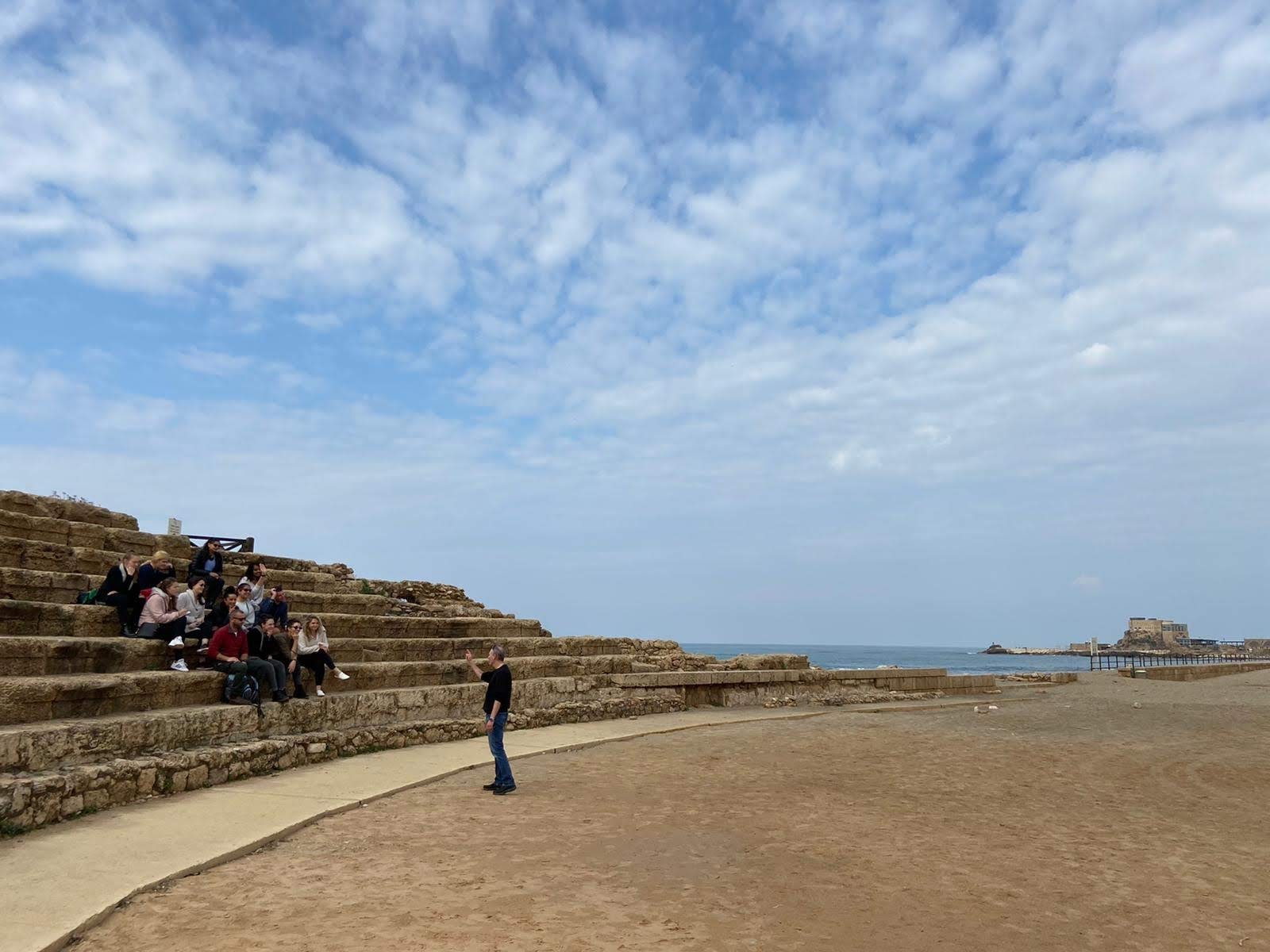 Pictured: An impromptu class in Caesarea during the J-term abroad course.