A Roadmap to Ending the Opioid Crisis

This huge settlement is déjà vu for me.  Experts from all sectors are arguing how the funds should best be spent, just as they did after the landmark tobacco settlement back in 1998.  Fortunately, we have that experience to learn from, presumably to avoid making the same mistakes twice.

Just in time, the Association of Schools and Programs of Public Health (ASPPH) released a seminal report today, a roadmap for addressing the broad dimensions of this epidemic: Bringing Science to Bear on Opioids. In tandem, a new Viewpoint op-ed was published online today in JAMA: The Opioid Crisis, Corporate Responsibility, and Lessons from the Master Settlement Agreement on Tobacco, co-authored by deans Sandro Galea of Boston University School of Public Health and Robert Pack of East Tennessee University College of Public Health, in collaboration myself.

Recognizing that the opioid crisis is a public health issue, the Task Force that produced the ASPPH report has recommended that monies from the settlement be used specifically to:

Our JAMA Viewpoint makes the case that no matter what we do, we cannot allow these funds to be diverted – like they were in the tobacco settlement. As we state in this commentary, “While there was some public benefit from the tobacco MSA, the limitations of the settlement are instructive and should be avoided in the context of the opioid MSA. 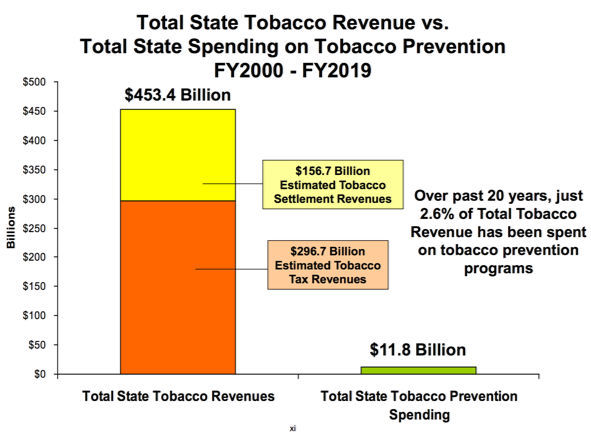 It was a once-in-a-lifetime opportunity to spend those funds on concerted and proven effective tobacco control efforts -- and it was largely squandered.  We cannot allow the same to occur with the opioid epidemic.