After six weeks in Buenos Aires, one of the things that stands out to me as both super challenging and really fun, is learning and using Spanish all the time.

Throughout the program, our entire cohort has been taking Spanish classes at varying levels to prep us for living in predominantly Spanish-speaking countries. I think I’m similar to a lot of people in the United States in that I’ve taken Spanish classes for a long time (starting in eighth grade and continuing through college) but still have not mastered or even come close to mastering Spanish. Even so, when I started taking Spanish again during the first part of our program in Washington, D.C. I felt pretty good about my skill level and assumed I’d be able to converse pretty easily with people in Argentina.

After being here for a while, I can confidently say that I was wrong, but in the best possible ways. Being in a classroom in the United States is a totally different experience than living in another country and having all kinds of conversations in Spanish – from ordering coffee to collaborating on research guidelines. In all of those interactions, I’ve been pleasantly surprised with how patient and helpful everyone has been in letting me practice and helping me with my mistakes.

These are a few things that I’ve found really helpful as I try to improve my Spanish:

Attending seminars (aka charlas) hosted at NYU Buenos Aires. These talks cover a variety of topics and are primarily conducted in Spanish – which gives me (and others) an opportunity to practice listening to people from Buenos Aires and to learn new words about specific industries and themes (including public health terminology). Recently, NYU Buenos Aires hosted Professor María Gabriela Lapalma for a seminar titled, “CASTELLANO Y ESPAÑOL: Variación regional y social en Latinoamerica y Argentina" featuring the history of the languages along with regional differences in pronunciations, phrases and verb tenses. Fun fact – Argentina uses the “vos” form – which is a key distinguisher compared to other Spanish-speaking regions.

Beyond seminars, me and my cohort colleagues have been trying to do everyday things and events only in Spanish. We recently attended a musical entirely in Spanish (I think the play inspired The Birdcage movie) and even though it was somewhat tough to follow at our Spanish level – it was super entertaining and helpful for learning slang and new words (pictured below). And we’ve all been sharing anything and everything that involves Spanish like new-to-us Argentinian musicians, Spanish-speaking shows on Netflix, and Spanish podcasts. 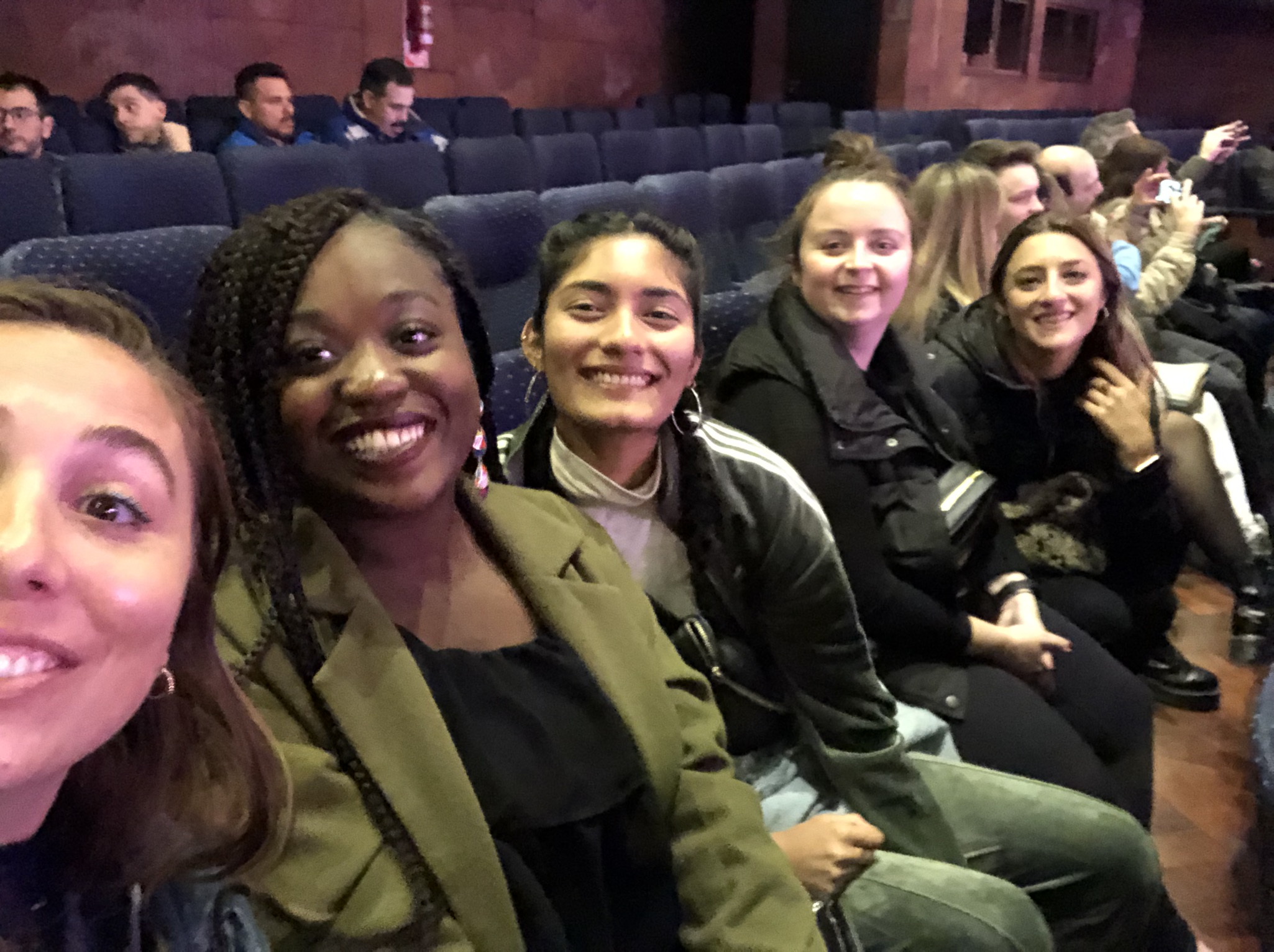 Pictured: Students enjoy a night on the town at a musical entirely in Spanish

Finally, the biggest thing that’s been helping me improve my Spanish is simply asking questions. We take Spanish twice a week here with an amazing professor that specializes in teaching Spanish to public health professionals. This week, we learned about milestones in public health and the specific terminology associated with these discoveries. In addition to his set lesson plan, at least one of us will have questions about something we heard around the city and he takes the time to provide context and proper usage for us.