The crops that modern society cultivates, harvests, and transports globally in the worldwide food supply chain have adapted to very specific temperatures, growing seasons, and climates for proper growth cycles.  Climate change is starting to change those long-held environmental patterns, which is starting to impact crop yield1.  Similarly, fresh drinking water is starting to decrease in availability as well, as snowpack on mountains decreases each year with rising temperatures.  This decreased snowpack means less freshwater to feed the myriad rivers of the world where most human population centers have settled (the Sierra Nevada mountains that help supply Los Angeles with fresh water, the mountains of eastern Turkey that feed the Tigris and Euphrates rivers in the Middle East, etc.)2.  According to the World Health Organization and the Intergovernmental Panel on Climate Change (IPCC), the impact of climate change on temperature and rainfall on agricultural production will be the single largest negative effect of the crisis because of the sheer amount of people it will harm3. 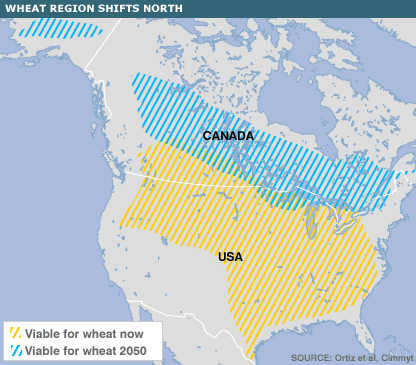 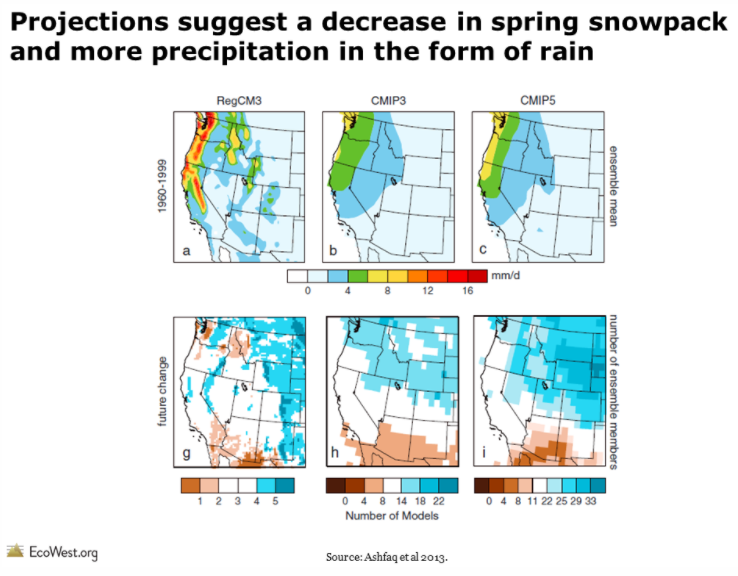 Researchers at the International Food Policy Research institute developed an aggressive climate model to demonstrate the severity of the crisis on the top four crops globally - corn, potatoes, rice, and what. The model, known as HadGEM2, showed that farmers in regions such as South America and West Africa will suffer great losses, while Canada and Northern Europe will see longer and more productive growing seasons. India and China will also see major losses in arable land by 20504. 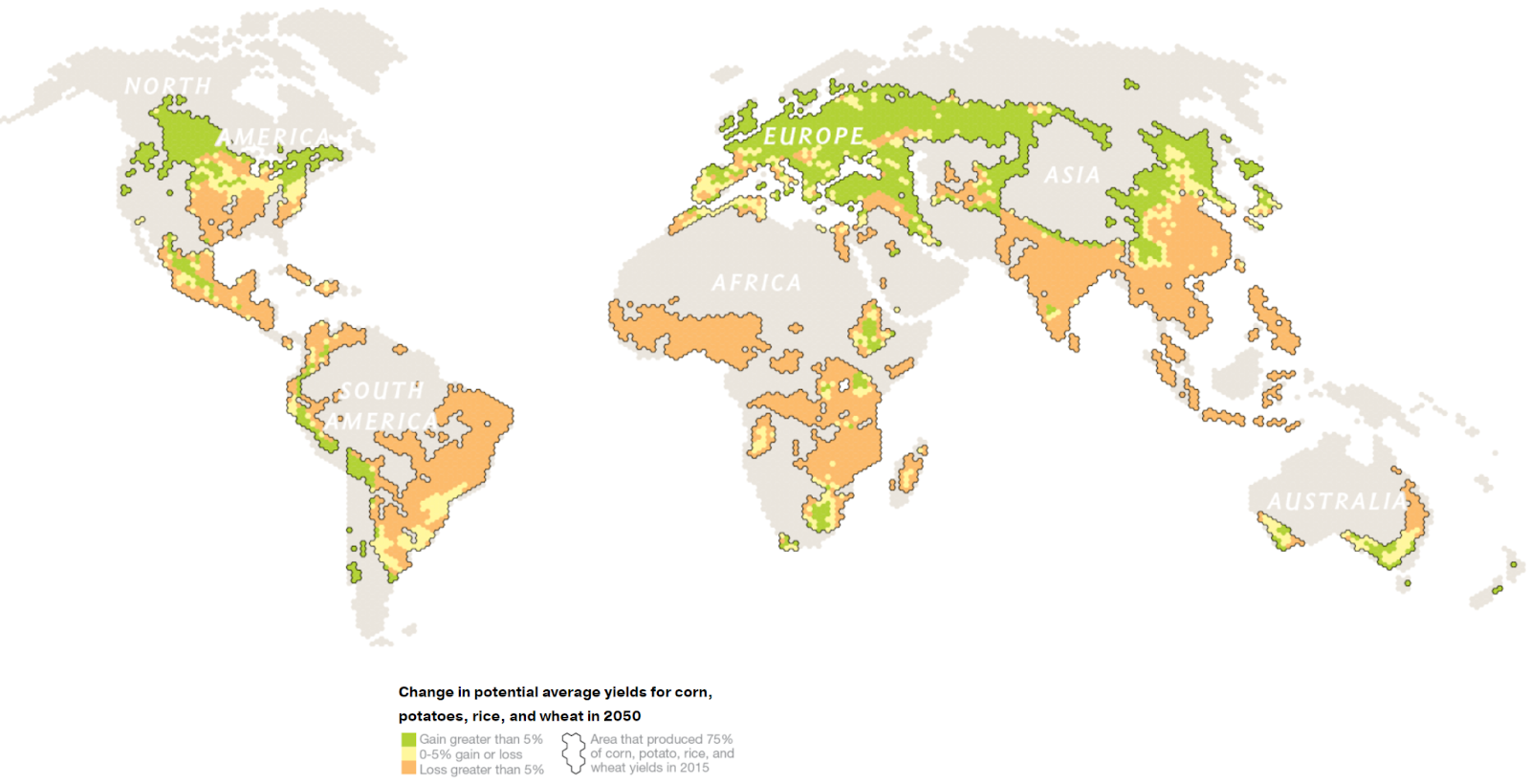 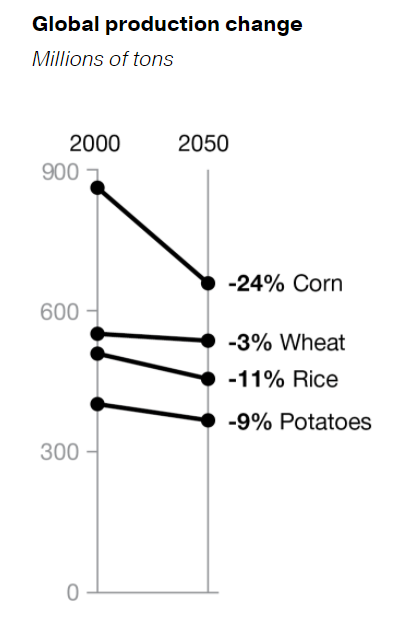 This decrease in crop yield will have direct negative health effects on the world’s poorest populations.  Maternal and child undernutrition can lead to stunting, development disabilities, and metabolic and cardiovascular diseases.  A study done by Tirado et al. for the  Food and Nutrition Bulletin described the process flow of this nutritional health impact shown in the chart below. 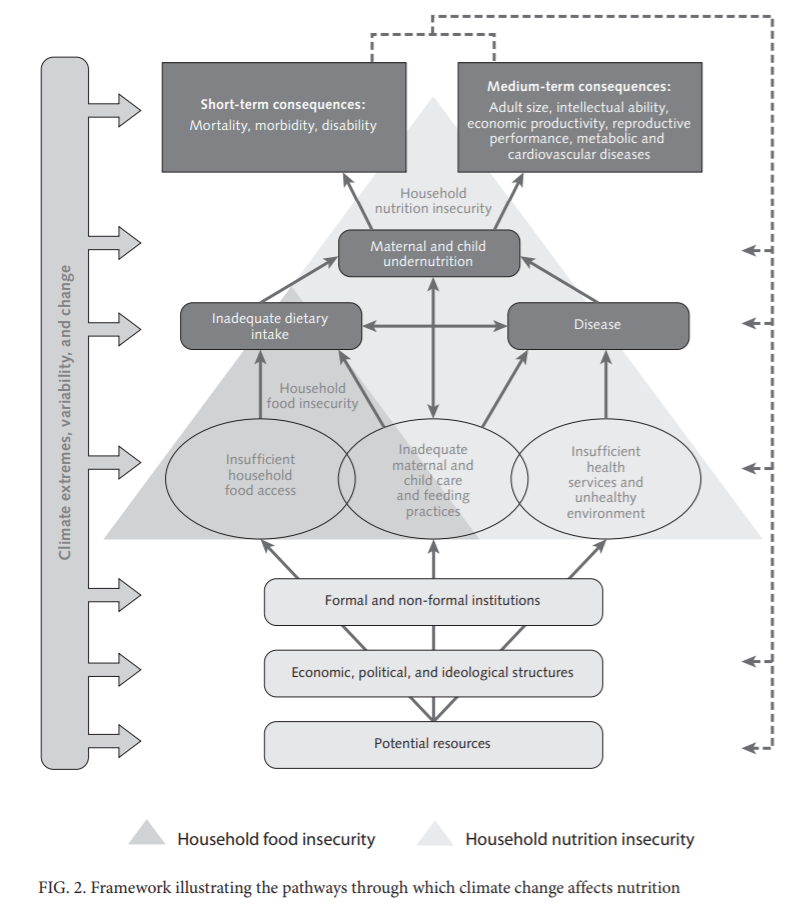 Perhaps even more dire than the availability of food is the availability of fresh, drinkable water.  Humans can only go about three days without water, and climate change is threatening the Earth’s finite supply of fresh water.  UNICEF published a list of facts on World Water Day 2021 that is important for every public health professional:

Water has been treated as an infinite resource for far too long, with the majority of fresh water being used for wasteful agricultural practices like plain-flooding for irrigation.  A couple cities around the world have experimented with taxing water based on consumption and on income.  Additionally, green infrastructure like rain catchment systems have helped Mexico City’s outlying areas with access to fresh drinking water.