Members of the Advisory Board

Members of the Advisory Board 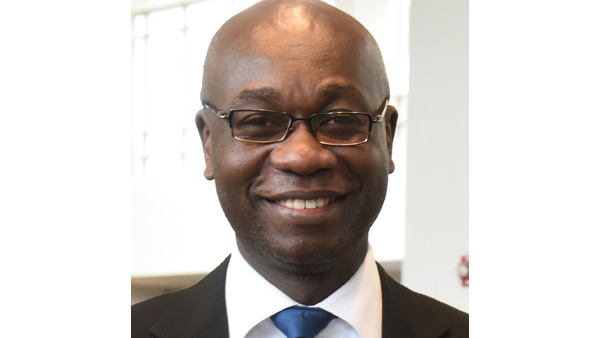 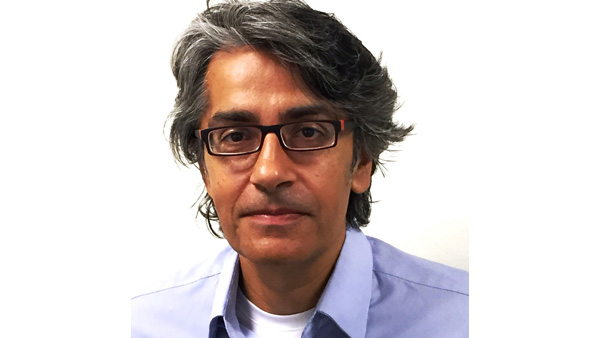 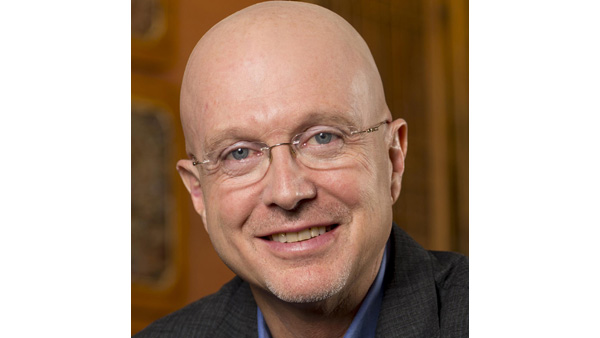 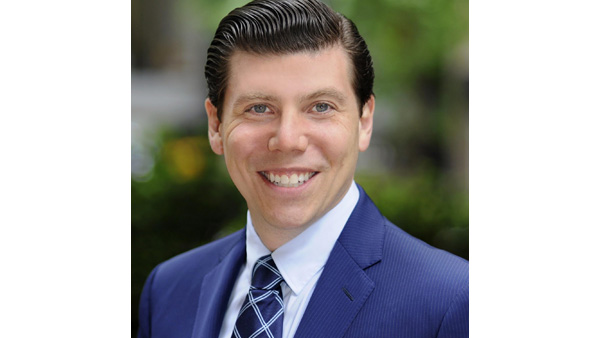 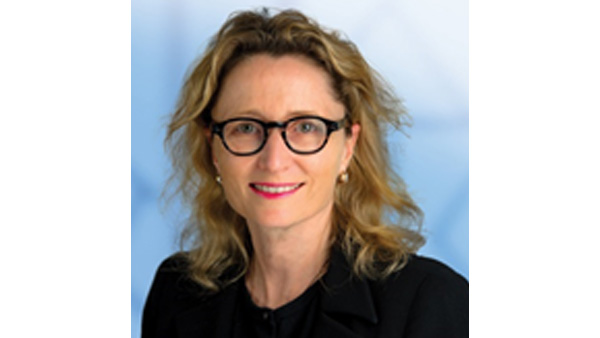 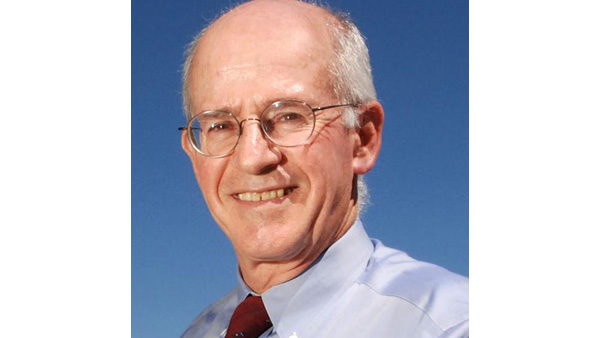 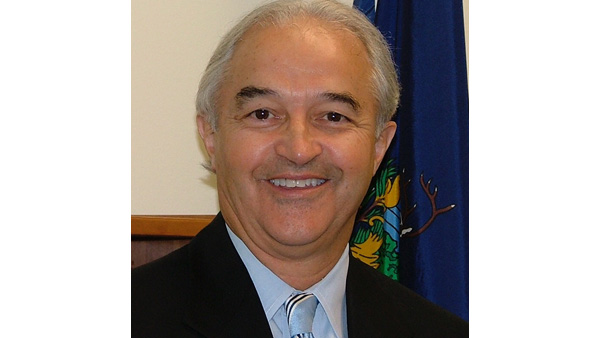 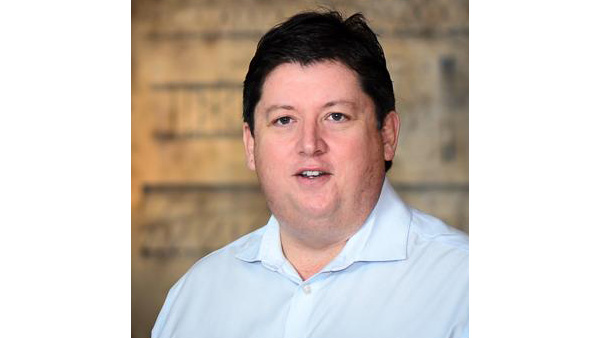 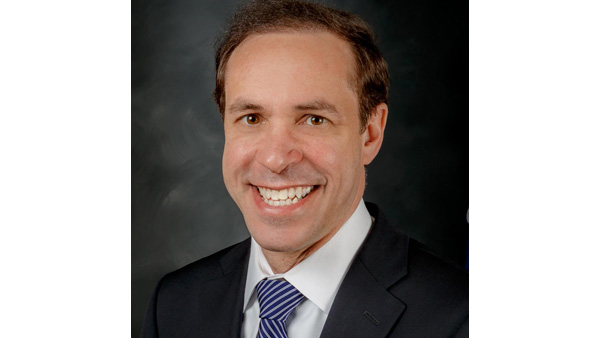 Richard Adanu is a specialist Obstetrician Gynecologist who graduated from the University of Ghana Medical School and completed his postgraduate training in Obstetrics and Gynecology at the Korle Bu Teaching Hospital in Accra, Ghana. He later obtained a Master of Public Health (MPH) degree from the Johns Hopkins Bloomberg School of Public Health as a Gates scholar and was admitted into the Delta Omega Public Health Honor Society. He has extensive experience in the fields of maternal mortality and morbidity reduction, contraceptive use by women and cervical cancer screening. He is the Dean of the University of Ghana School of Public Health, a Professor of Women’s Reproductive Health and Consultant Obstetrician Gynecologist with the University of Ghana Hospital. He lectures in public health and population studies and has developed a number of interactive web-based educational material in obstetrics and gynecology which are used by medical students and a number of practitioners all over the world. In addition to clinical practice and public health education, Richard also serves as the Editor in Chief of the International Journal of Gynecology and Obstetrics. He currently leads a consortium of 11 African universities to facilitate an educational mobility program funded by the European Union.

Dr. Mickey Chopra is currently the Global Solutions Lead for Service Delivery in the Health Nutrition and Population global practice of the World Bank. He leads its work around the organization, management and quality of health services.

Previous to this he was the Chief of Health and Associate Director of Programs at UNICEF’s New York Headquarters, leading the agency’s work on maternal, newborn and child health, immunization, pediatric HIV/AIDS, and health systems strengthening, policy and research.

Additionally, he has chaired the Evaluation and Research Group at the Global Fund for HIV/AIDS, TB and Malaria to ensure that their investments are reaching those most in need and chaired the Special Committee for Large Countries for GAVI that worked on ensuring increased coverage of vaccines for Nigeria and India in particular. He led the technical team that oversaw the UN Commission on Essential Medicines and Commodities that has resulted in over $250 million being raised to address the bottlenecks that prevent cheap and life-saving commodities from reaching the poorest families.

Dr. Chopra is qualified as a medical doctor with an additional degree in medical sociology from the University of Southampton, England, Master's in Public health (Primary Health in Developing Countries) at the London School of Hygiene and Tropical Medicine in 1997 and a  Ph.D. from Faculty of Medicine, University of Uppsala in Sweden.

Prior to joining PATH in 2012, he served as director of Social Innovation at McKinsey & Company, CEO of Internet pioneer and global digital media firm Corbis, and interim director of Infectious Disease Research Institute, and he practiced law at the international law firm K&L Gates. Earlier, he worked extensively on refugee programs and policies, and Chinese politics and law.

Mr. Davis is a lecturer on social innovation at the Stanford Graduate School of Business. He currently is a member of the Council on Foreign Relations, serves on the board of InterAction, and sits on several advisory groups, including the World Economic Forum’s Global Agenda Council on Social Innovation and the Clinton Global Initiative’s Global Health Advisory Board. He also serves as a trustee of the World Economic Forum’s Global Health Challenge and on the stakeholder advisory panel for AXA, the global insurance and asset management firm. His former board memberships include Crucell, the Fred Hutchinson Cancer Research Center (Chair), Intrepid Learning Solutions, NPower (Chair), The Seattle Foundation, United Way of King County (Chair) and United Way International, and the Washington State Technology Alliance (Chair).

Mr. Davis earned his BA from Princeton University, his MA in Chinese studies from the University of Washington, and his law degree from Columbia University. He also studied at Beijing University.

Brian A. Levine, M.D., is the founding partner and practice director of CCRM New York. He is board-certified in both reproductive endocrinology and infertility and obstetrics and gynecology. Dr. Levine attended New York University School of Medicine, completed his residency in Obstetrics and Gynecology at NewYork Presbyterian Hospital – Columbia University Medical Center and then completed his fellowship in reproductive endocrinology and infertility at NewYork Presbyterian Hospital – Weill Cornell Medical College.

Dr. Levine has over 50 publications and was recently awarded the highest prize by the American Society of Reproductive Medicine for his assisted reproductive technology (ART) video submission on three-dimensional sperm imaging techniques. He has also received multiple honors and teaching awards and continues to mentor students, residents, and fellows on both basic science and clinical research.

In addition to his clinical expertise and ongoing research, Dr. Levine is currently the technology editor of Contemporary Ob/Gyn magazine and has lectured nationwide on how physicians and laboratory personnel can adopt common technologies to improve clinical efficiency.

In 2017, Dr. Levine was honored with the Doctors of Distinction award in Westchester County, was also named a Rising Star by Super Doctors in 2017 and 2018, a New York Super Doctor in 2019, and a Castle and Connolly “Top Doctor” in 2019.

Robyn Norton is co-founder and Principal Director of The George Institute for Global Health (www.georgeinstitute.org). She is Professor of Global Health and Oxford Martin Senior Fellow at the University of Oxford, Professor of Public Health at the UNSW Sydney and Honorary Professor at Peking University.

Professor Norton has published widely and is internationally regarded for her research on the causes, prevention and management of injuries, especially road traffic and fall-related injuries, as well as the management of various critical conditions in surgical and intensive care settings. She has had a long-standing commitment to improving women’s health and currently leads The George Institute’s research and advocacy efforts, aimed at improving the health of women and girls worldwide. Most recently she was the lead author on a University of Oxford supported policy paper entitled “Women’s Health: A New Global Agenda”, calling for a greater focus on addressing the burden of non-communicable diseases in women and the importance of a gendered approach to the collection and utilization of health data.

Steven Schroeder, MD, is Distinguished Professor of Health and Healthcare at the University of California San Francisco, where he directs the Smoking Cessation Leadership Center (SCLC). A graduate of Stanford University and Harvard Medical School, he trained in internal medicine at Harvard and in epidemiology at the CDC. He held faculty positions at Harvard and George Washington University. Between 1990 and 2002 he was President of the Robert Wood Johnson Foundation, where he initiated programs in tobacco control that resulted in $500 million in grant expenditures during his tenure. The SCLC, which he founded in 2003, works with professional societies, federal and state organizations, and advocacy groups to both increase the number of smokers who attempt to quit and increase the probability of a successful quit. It has partnered with over 80 organizations, launched the “Ask, Advise, Refer (to a quitline)” alternative for busy clinicians, developed the blue card for 1 - 800-QUIT NOW (over 5 million now in circulation), broadened the range of clinicians involved in smoking cessation, and helped to focus more attention on the lethal combination of smoking and behavioral health conditions. A member of the National Academy of Medicine (formerly IOM), he chaired the American Legacy Foundation Board of Directors (now Truth Initiative), and served on the editorial board of the New England Journal of Medicine for 19 years.  In 2014, he was named a public member of the Congressionally-mandated federal Interagency Committee on Smoking and Health.

A graduate of the University of Notre Dame and Cornell Law School, William Sorrell served nearly twenty years, 1997-2017 as Attorney General of Vermont. He held many positions within the National Association of Attorneys General (NAAG), including having served as its President in 2004-2005 and as Chair of the NAAG Mission Foundation Board from 2011-2017. In 2003, he received the Kelley-Wyman Award, given annually to the nation’s outstanding Attorney General. He also served as a Board member of the American Legacy Foundation, beginning in 2002 and as its Board Chair, 2005-2008. The Vermont Medical Society recognized him as its Citizen of the Year in 2009.

Alberto Trejos holds a PhD in Economics from the University of Pennsylvania in 1994.  As an academic, he has been in the faculty of Northwestern University and INCAE Business School.  At the latter he has been dean and director of its policy think-tank.  He has also been a visiting scholar at the University of Michigan, the Institut d´Anàlisi Econòmica de Barcelona, and the Federal Reserve System.  He has published extensively both in academic technical journals and for practitioners, mostly on monetary economics, macroeconomics, international trade and development.

As a policy-maker in his native Costa Rica, he served as Minister of Foreign Trade, and led the negotiation of DR-CAFTA, the trade agreement with the US.  Also, for nearly a decade, President of CINDE, the Investment Attraction Agency, and a board member of the Financial Supervision Council.  He participated in the design and negotiation of the national pension system reform.

Trejos presides the board of the Arias Foundation for Peace and Democracy, and sits in the board of South Africa´s Brenthurst Foundation, as well as several major Costa Rican corporations.  He has acted as a consultant for governments, international organizations and companies in 50 nations across the Americas, Europe and Africa, and is a senior partner of the consulting firms CEFSA and DRP.

Dr. Howard A. Zucker is Commissioner of Health for New York State, where he presides over the state’s Medicaid program, the New York State Public Health and Health Planning Council as well as the Wadsworth Center, New York’s premier public health lab.

During his tenure, Dr. Zucker established a network of hospitals equipped to treat Ebola, implemented initiatives to address the threat of Zika and oversaw efforts to combat the opioid epidemic. He has been instrumental in transforming health care in Brooklyn, one of the most impoverished communities in America. Dr. Zucker spearheaded the launch of the state’s medical marijuana program and developed numerous campaigns to address major public health issues, including lead contamination; legionella and antimicrobial resistance.  As the state’s chief physician, he oversees the entire health care workforce, as well as health care facilities, including hospitals, long-term care and nursing homes

Dr. Zucker was previously a pediatric anesthesiologist at Montefiore in the Bronx. He also ran the pediatric intensive care unit at New York Presbyterian Hospital. He has held academic appointments at Yale, Columbia, Cornell and Albert Einstein medical schools and served on the clinical faculty at the National Institutes of Health.

In addition, Dr. Zucker served as a White House fellow, as Deputy Assistant Secretary of Health at the U.S. Department of Health and Human Services, as Assistant Director-General of the World Health Organization and a fellow at the Institute of Politics at Harvard Kennedy School. Dr. Zucker has also been an Institute of Politics Resident Fellow at Harvard Kennedy School and a Presidential Leadership Scholar.

He holds a BS from McGill, an MD from George Washington University Medical School, a JD from Fordham Law, a Masters in Law from Columbia and a postgraduate diploma in global health policy from the London School of Hygiene and Tropical Medicine.

Dr. Zucker led a team at Massachusetts General Hospital on the development of a community peace index for use in international conflict regions. He created the nation's Medical Reserve Corps, which now has over 200,000 volunteers in 1000 programs. He developed a talking book to teach women in Afghanistan about health, and worked to improve access to essential medicines in developing nations.

He has been listed in Best Doctors in America, featured as an ABC News 'Person of the Week,' is a member of the Bar of the U.S. Supreme Court and designed research experiments performed on the Space Shuttle. He believes strongly in the role of research in achieving cures to disease.